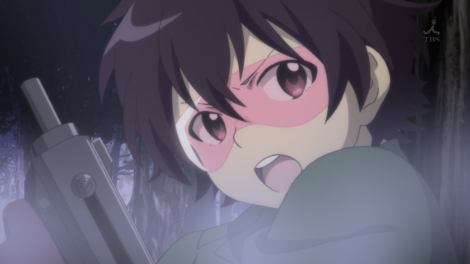 Things get a little dramatic in this episode of C3-bu, as Sonora and Yura actually get attacked by a sniper while walking around town. Sure, the sniper was using an airsoft gun, but it was modded so that the BB pellets travel fast enough to puncture Sonora’s poor soda can. I’m guessing that the assailant did something like remove the air restrictors in the gun, which is what my friends used to do with their Nerf guns to give them more punch. Doing that to an airsoft gun, which normally already causes bruises, probably produces a fearsome weapon that can now draw blood. 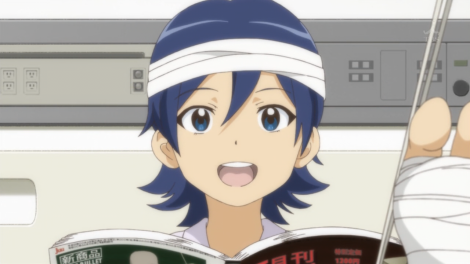 On top of the sniper on the grassy knoll (or in a office building as the case may be), we have rogue cars who refuse to stop for children crossing. How dare they! In the process of protecting Yura, Sonora gets a light concussion and ankle injury, putting her out of commission for three weeks. With her indisposed, Yura takes the opportunity to take charge of the club and enters them into the 24 hour tournament.

It’s easy to misinterpret this action and Yura’s subsequent intensive training regiment as a thirst and misuse of power, but I think it her actions have a lot to do with her wanting to be useful for the club. Yura still feels guilty about surrendering to Rin’s team in the previous tournament and feels that the best way to make it up to them is by leading them to victory in this new tournament. However, her brute force methods may produce substandard results, in my opinion. 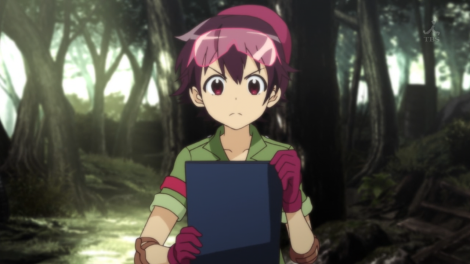 It’s funny how the 24 hour tournament is essentially airsoft Comiket, with a bunch of booths selling enthusiast merchandise and photo shoots happening everywhere. What’s even more interesting are some of the contestants entering the tournament, which include everything from hunters of Hokkaido to trained marines. Does the C3-bu really stand a chance against these people, let only Rin and the rest of them?

Maybe I’m imagining things, but I feel like the animation has been taking a dip lately. Sure, the animation isn’t fantastic to begin, but I hope things will pick up soon, especially with the tournament battles coming up. Needless to say though, I’m pretty excited for the coming airsoft fights. I just hope Yura doesn’t go overboard commando.