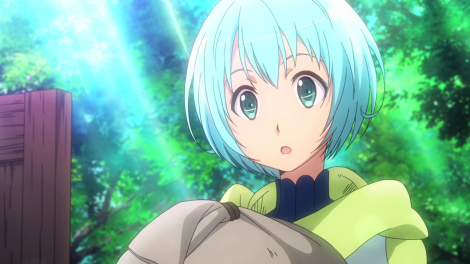 My favorite and least favorite moment from this episode actually happen to be about the same thing, namely the way each of the three main girls comes to join the company of Itami’s squad. I really enjoy how simultaneous their integration is because normally we’d have to wait three weeks, with three different episodes devoted to introducing each new character. But here, the three leading ladies intersect in a way that feels organic, unified by the threat of the fire dragon, rather than procedurally and episodically introduced.

On the downside, there is very little reasoning behind why they decide to join the battalion. Sure, the blonde elf, whose name we actually do not know as of yet, has a good reason seeing as how she’s saved by Itami and his crew, but what of Rory and Lelei la? At the moment, we know very little of Rory’s character and her motivations, other than that she’s taken a liking to Itami, that she’s not afraid to tear apart bandits, and that she’s revered and respected among the people of Coda Village.

We’ll likely learn more about Rory and her status as an Oracle as the series progresses, but I wish we got a little more explanation as to why Lelei la and her master decide to stay behind with the squadron when the entire village presses on. It’s honestly a small detail, but I still would’ve liked some sort of exchange between the two justifying why they wish to travel with the humans.

“Worlds collide” doesn’t even begin describe the driving premise behind GATE, nor doesn’t does it aptly explain why this series is my favorite from summer 2015 so far. World building is my favorite thing about any piece of entertainment or literature, and the fact that there are two distinct worlds, as well as their respective inhabitants, interacting with each other makes for twice the atmospheric fun. I promise you that this is the only place you’ll ever see elves, gothic lolita, mages, and military personnel work together to fight back a vicious fire-breathing dragon.

Now that all of the major players appear to be together, what comes next is my favorite part of any series which is the building of relationships between characters, and the inter-worldly nature of GATE makes this event that much more exciting. How will these three completely different beings interact with each other and how will the humans react to them? If they’re brought back to Earth, how will they adapt to life in Japan? The anticipation mounts! 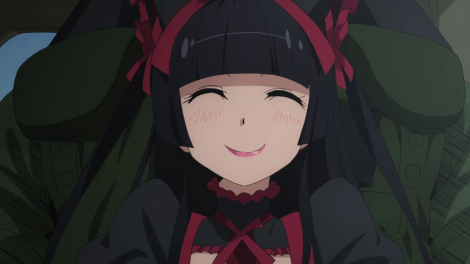 “Isn’t magic sacred? Something not to be abused? Those were your words, Master.” ~ Lelei la Lelena