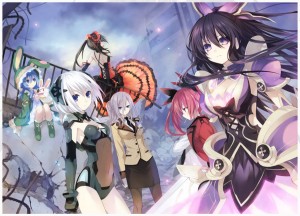 Before I get into anything else, I should say that I will be covering this series whenever it comes out regardless of the quality. Now that I have seen what it is capable of, I feel fine assuming that it holds up. Now, onto the actual story. I was honestly pretty thrown off by a lot of what happened in this episode. First off, Shidou completes the first part of his training by completing a little sister route. Why must there be incest thrown at us? I know there is a cultural barrier for this kind of stuff, but I have been raised with an incest is not best mentality. Well, Shidou’s second stage of training was far more entertaining. We get some real world application with aid through an earpiece that Touka and Reine talk through. We got sopme interesting flirting with the homeroom teacher, but it was the interaction with Tobiichi that got to me. The whole sniffing of gym uniforms was creepy, but I feel like they keep glossing over the fact that Tobiichi has been interested in Shidou for a while now. I mean, I don’t think that it is just a crush and we should get an explanation eventually. I guess the worst part of this is that Shidou proposed to his teacher, although that probably won’t be revisited, and is  now going out with Tobiichi. I am pretty sure that the latter will matter. Also, who the hell keeps signed pictures of themselves? You could probably call the whole training thing part one of the story. Part two involves wooing the spirit. The spirit from last time has appeared at the school and Shidou must try to get to know her with the aid of a team of romance experts. I am a little taken aback by the fact that this group includes an otaku, a stalker, and a guy who was speaking Tagalog for no reason, but it seems to fit the style of the series. What I did not expect was the very literal use of visual novels. Sure, they were used for training, but the group behind the earpiece discussing options based on computer generated statements for Shidou to use on the spirits was pretty odd. I was basically watching a group of people playing a visual novel together fighting over how to complete a route. It seems different, and when I got used to it, I appreciated the effort. Although, Shidou soon realized that the suggestions were dumb and they took too long, so he started to wing it. Luckily, heartfelt responses based on a desire to help someone did the trick and the spirit soon showed of her dere side. Shidou gave her the name Tohka and they were interrupted by a protective Tobiichi. Let the dating begin. 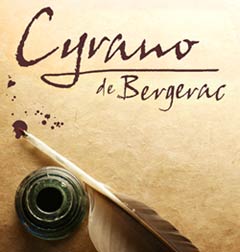 Sometimes we need some help talking to women.

I am really liking this series. Given, the intense flirting style took a bit for me to get used to, but the overall effect was good. I like the fast pace with which the dating is taking place and you can find some actual romance after you look past the whole dating sim brain trust thing that they have going on. I think that my biggest issue with the episode, outside of the incest, was the clothes changing scene. I have no issue with spirits being able to change clothes like they are Sailor Moon, but I want to know how Shidou knew about that. The way it was worded seemed like Shidou knew they could change clothes based on an image. It could have been a part of the briefing, but I think that they don’t know enough about spirits to have that kind of information. Aside from that, I love the way the Tohka ripped apart that picture of Tobiichi before she changed. Let the cat fight begin.On another note, I guess that spacequakes aren’t necessary results of spirit travel. Either you have to be invited to Earth in order to travel normally like you are some kind of vampire or spirits have the ability to travel normally between worlds and spacequakes are the result of them being transported over here against their will. I would only lead towards the latter because Tohka said that she first came to Earth without knowing how it happened. Oh well, I look forward to seeing Shidou and Tohka on a date in the next episode.