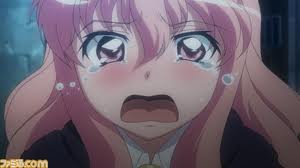 A two-year battle with cancer is something that I cannot even comprehend.

Check out the original article here!

I would like to start this off by thanking Anime News Network for their coverage of things like this. Now, when I read this article, I was hit pretty hard. I watched all four seasons of Zero no Tsukaima if that means anything and it is never easy to hear that someone dies unless they were a bad person. Before you say to not speak ill of the dead, Hitler had to go. Battling cancer is something that I have not dealt with be it personally or indirectly. No one I know has had to suffer through something like that so I can only imagine what Noboru Namaguchi and his family had to go through over the past two years. I guess what is really sad is the fact that the guy promised to return to work and finish the Zero no Tsukaima light novel series when his body recovered. Mr. Namaguchi was fighting for his life, but he cared so much about the fans that he addressed them in that way during his fight. I guess when you are a writer, the fans have a lot to do with your success, but I am not sure that I would really be focused on that. Once again, I am not a professional writer and I guess there is a desire to both finish something that you started and give fans that have supported you something in return, but it is hard to think that promise got left unfulfilled. I am not blaming the guy. No one is. However, losing the opportunity to finish your story just seems all the more devastating when you make a promise like that. 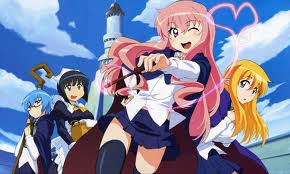 I wasn’t the biggest fan of Louise.

Since I watched all four seasons of Zero no Tsukaima, I guess I should talk about what Mr. Namaguchi and his series meant to me. Zero no Tsukaima was one of those series that I really liked at the beginning. I enjoy romance and I have seen my fair share of harems, so this series had some immediate appeal for me. The thing that I really enjoyed was the action in the series. Saito is the newest member in a line of legendary warriors and he must help win a war against evil. It sounds cliché, but I really enjoyed the execution early on. However, as we got seasons three and four, the focus began to shift away from the war and focus more on the romance. Did I think that the series began to lose its touch? Yes. However, it was one of those guilty pleasures for me. I couldn’t help but watch it because I needed to see who Saito ended up with. Honestly, I wasn’t the biggest fan of Louise, but things happen. Probably my biggest regret is having not read the light novels sooner. I had planned on checking them out because I was told that they had gone in a different direction that the anime had. That is a word of mouth bit of information, but I would like to think that it is true. I still plan on reading them, but I am sad that the series was left unfinished. Mr. Namaguchi gave me a series that didn’t really disappoint if you wanted romantic fan service. Yes, there was regular fan service, but I like the romantic kind. Louise and Saito had a very good relationship and their story is definitely better than a lot of the harems that I have watched. The man will be missed by his family and friends as a person and his fans will remember him for the story that he gave to us. 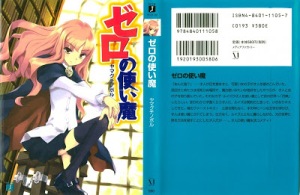 I will start reading this immediately.