A name holds a lot of meaning for a person. It is the thing that people use to address you for your entire life. The meaning in a name is even greater in a language such a Japanese where names are actual words. This can be both a blessing and a curse because certain things are expected of people who have specific names. “Natsu” means summer and one would expect something like a bright personality from these people. That may not always be the case because you can’t predict things like one’s personality, but we are talking about anime characters here. These “Natsu-” characters probably embody summer in some way, shape, or form. Well, here is a list of our favorite “Natsu-” characters. The list is in no particular order and the choices reflect our personal opinions, but it is still a top list. 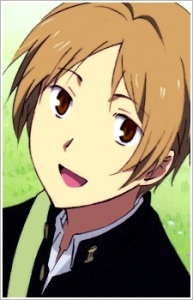 As a kid, being shy makes it incredibly hard to make friends. Things are a lot worse for Takashi Natsume, who can see youkai and has always been accused of being a liar. Takashi’s life changes forever when he meets Nyanko, a cat spirit, and discovers that his grandmother left behind a Book of Friends which houses the names of youkai that she challenged to contests. Despite his quiet demeanor, Takashi proves himself to be selfless at times, caring deeply for both youkai and humans alike. Throughout the series, he struggles to accept his ability, which he perceives as both a curse and a blessing.

For many, me included, Asako Natsume is their spirit animal. She has terrible study habits and is way too obsessed with running her blog (which is filled with typos). On the other hand though, she’s athletic, attractive, and popular with the boys, but this makes her an easy target for bullying by the female population. The first real friends she makes are Shizuka and Haru, and her presence always brightens up the admittedly awkward air between the two main characters. I feel I have to mention that she also has a great sense of fashion, and it’s neat to see her in her different outfits every episode.

Like much of the cast in Mawaru Penguindrum, Masako is a character shrouded in mystery. She appears as an antagonist early on in the series, going after women who were close to Kanba and wiping their memories. She even possesses her own penguin, Esmeralda, and is trying to seek out Ringo’s diary as well. And just like much of the cast, she too has a very tragic back story that isn’t fully revealed until late in the series. Her cold demeanor combined with her refined personality make her a difficult person to deal with, especially when she’s out “hunting” her latest targets. Even then, you’ll grow to sympathize with her once you learn what motivates her, although she can get a little too possessive at times…

The main heroine of Summer Wars kicks the story off by asking Kenji to pose as her boyfriend during her great-grandmother’s 90th birthday. It’s this innocent little request that introduces Kenji to her very large extended family and sets the stage for all of the chaos to come. A cheerful high school girl with a playful side, it’s no wonder that Kenji has a crush on her. Even when tragedy befalls the family, she manages to stay strong for everyone and participates in the final battle. Her skills in Koi-Koi are formidable and is one of the most memorable parts of the entire movie. You’d be hard pressed to walk away from this movie and not utter the phrase “Koi-koi!” 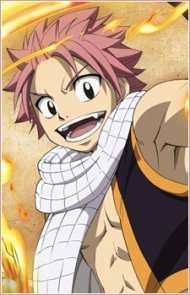 Alright, so this was the first character to come to mind when I was asked to think about my favorite anime character named Natsu.  Natsu Dragneel is the MC of Fairy Tail, and if you are familiar with the series, you’d know he’s a badass.  While it’s common for the heroes in shounen to be outrageously strong, not all of them have a personality.  Unlike those bland MCs from the typical shounen, Natsu actually has a personality and is pretty funny.  As my friend Will put it, he’s not a bitch like say Naruto or Ichigo.

Many of you may not be aware, but Sabrina (the psychic gym leader from Kanto) was named Natsume in Japan.  She was one of my favorite gym leaders back then, as I really liked psychic pokemon.  Her character design was also pretty cool and she had an interesting backstory in the anime.  Along with this, she was a pretty overpowered character, you know…turning people into dolls and whatnot.  I also found it intriguing how her powers led her to developing a split personality, which manifested as a younger version of herself.  Natsume was definitely one of the most unique gym leaders from the first season of Pokemon, so she has to be one of my favorite characters from the series. 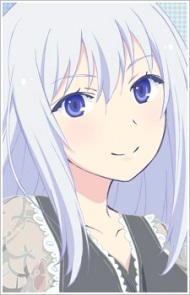 Until this year, I couldn’t really say that Masuzu embodied summer. Luckily, this summer is tougher to get a read on than the liar herself. Why do I like Masuzu? Her personality is pretty interesting in my opinion. You don’t need to always be nice to people in order to be likable and it was he harsher moments that made me laugh the most. Then, her interactions with Eita really put her over the top for me. I guess I am also a fan of her hair color.

This forward from the ETU soccer team really embodies summer. Why is that? The guy’s nickname is Natsu and he has an annoyingly bright personality. Natsu has that cocky mentality that is necessary for a forward in soccer. If you don’t demand the ball, then you don’t score. I do like the guy, but he is mostly on the list because of how much I enjoyed Giant Killing as a series. Realistic sports at its finest.