Simply cruising through life is not a good thing. It is easy to bite the bullet and do things based on the precedent that has been established by others. However, talking about things from your own standpoint can be a good thing. I have always been a fan of open discussions and I agree with the statements made in this series regard open forum. People grow when surrounded by different people. 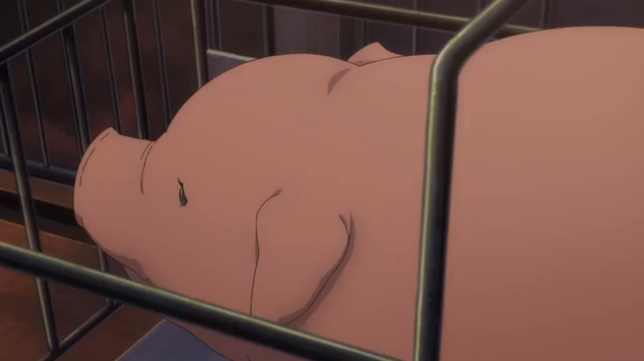 That pig is really getting big.

The kids have returned to school and quite a few of them have changed over the summer. Hachiken got a bit of a tan from working the fields. Toikiwa is an idiot that dyed his hair and decided to dress in a ridiculous fashion. People can pretty much wear what they want, but there are school rules that must be followed. Oh yeah, and Tamako lost a ridiculous amount of weight. It is a good way to escape some heat. Unfortunately, Pork Bowl was not eating very well while Hachiken was away and it has put the little guy in a bad position as far as grading goes. He was on his way to being deemed unfit for regular consumption. Hachiken decided to wake up an hour earlier to help the little guy out, but the effort has been giving him mixed results. Although Pork Bowl has improved his weight, the time that was spent together has definitely made Hachiken even more attached to the not-so-little guy. Even though the work may be showing Hachiken a future path for himself, the labor has been exhausting and it has really put a damper on his normal work. Luckily, a festival is the best remedy. The students went to eat, have fun, and eat. They killed the food and Hachiken got to talk to everyone about the struggles that come along with raising livestock. Things are getting interesting.

I want some taiyaki.

I like where things are going. We got to take a look at what may appear to be foreshadowing in this one. Could Hachiken’s calling be raising livestock? That isn’t impossible and the guy seems to be good at it. Some people may say that you have to be heartless in order to raise animals for the slaughter, but I disagree. I think that you really have to care about animals in order to raise them properly. A careless person would not put in the time and effort that people like Hachiken do. This series would obviously support my statement and I could definitely see Hachiken raising livestock in the future. Another thing that may or may not happen is Hachiken buying Pork Bowl. Why would this happen? Hachiken has a paycheck that could have resulted in enough money to buy a medium grade pig. Then, Hachiken could share the fruits of his labor with his friends and accomplish more than one thing. It would show that he can in fact eat an animal that he named and cared for which is a step in the right direction. It would also show that he knows how to spend his money. Buying, cooking, and sharing Pork Bowl with everyone would embody the happiness is wealth mentality that this series is pushing. I could see it happening.

This was a very short conversation.

Fans of the romance aren’t the only ones that think this relationship is moving along at a sloth’s pace. Even though I think that they are progressing just fine, I would not think that if I supported the romance. This is an interesting position for me to be in. As an outsider looking in on this ship, I can tell you that things are progressing fairly well. Are you looking for the big kiss scene and a bunch of clumsy, romantic moments in the first nine episodes? This is not a series that is focusing on romance. This is supposed to focus on the struggles of farm life, the rewards that come from hard work, and the realization that there is more than one path that we can follow in life. I am not saying that the romance doesn’t fit, but I am saying that there is more going on than just the romance between Hachiken and Aki. I would say that the conversation between Aki and her Senpai is a good sign for the prospective couple. Why is that? As long as someone in the series is talking about it, then it will always be a thing. 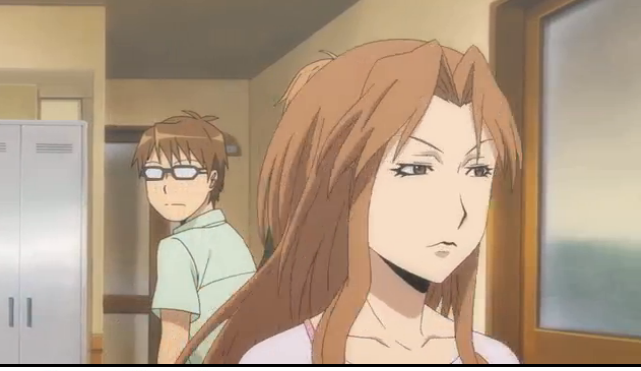