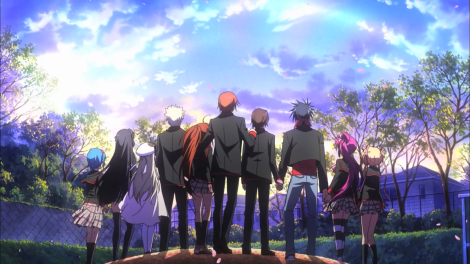 Episode 01 – “It Struck Without Warning”

Now this is something I’ve been really looking forward to because of all the hype that I hear. Like Clannad After Story, Little Busters! ~Refrain~ is what truly makes the visual novel what it is. Of course, I want to keep my expectations realistic grounded. As for the first season, I felt a little mixed, mostly because I couldn’t help but think, “what if KyoAni was adapting this?” Alas, that’s not happening so I should give J.C. Staff their dues for what they’re doing.

There was still a lot I liked about the first season though, the main one being the characters. I love how it’s just about a close group of friends hanging out and playing baseball, while learning a bit more about their pasts in the process. There isn’t any sort of overt romance that drives the story or relationships into the ground. There’s a lot of fun to be had and tragic backstories to be revealed. However, that all was just to build the foundation for the main course. I should probably disclaim that I’ve actually never played the visual novel, and I’m only going off of hearsay. 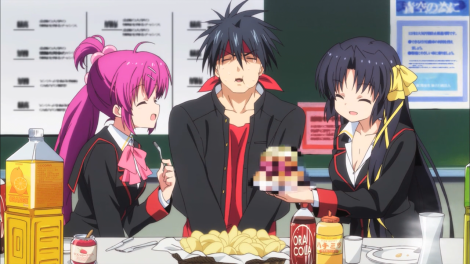 In this first episode, we’re acquainted with the Little Busters gang as they prepare to have a pancake party. I don’t know how normal that is in Japan, but it’s an amazing idea. This anime seems to only really have two emotion levels, happy as hell and depressing as hell. This episode reminds us of that fact pretty quickly, too.

We find out that a group of girls have been holding a grudge against the normally cool Kurugaya, but rather than targeting her they target the other Little Busters. Specifically, they put tacks in Kud’s bag and shoes as well as tear up Komari’s books. What assholes. So, Kurugaya decides to confront them about their assholery, kicking down doors in the process. That’s badass, but it’s also very frightening. I kind of feel bad for Kana Hanazawa’s character since she was just a bystander to the bullying. 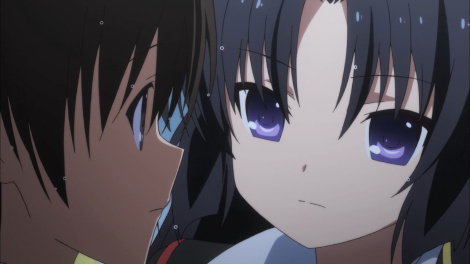 What has me most intrigued is probably the biggest mystery and biggest plot point of the series, which is Riki’s narcolepsy and his deja vu. At the end of the episode, he enters the Broadcasting Room for what is supposed to be the first time, but realizes he’s been in there before. He just can’t remember when, and I’m curious as to how this is done in the game. Like, maybe you do routes in different orders, therefore receiving different memories, until you find the way to the true ending. Or maybe it’s just something that happens with the natural progression of the story.

I’m excited for what the rest of the story has to tell because I’ve heard amazing things, and I really want this series to be good. Like the first season, I think we can expect ~Refrain~ to go for two cours, which is good because it definitely needs to all the time it can get to elaborate on everyone’s character and develop any possible romance in a natural way.