Okay, for some reason I thought this arc would be three parts (probably because the episode title has the word “three” in it). But it’s actually only two parts, which makes more sense because it’s not really that long. Having read the manga, I can say that the anime is doing pretty good in terms of its pacing. It doesn’t feel too rushed, which I feel like can happen in many adaptations that try to stuff a lot of material into a short amount of time. Akame ga Kill! seems to be doing pretty well and feels naturally paced.

However, one problem that might irk some people is how sudden Bulat dies, especially considering Sheele only died two episodes ago. Even I have to admit that these deaths feel like they’re happening too fast. At this rate, all of Night Raid is gonna be wiped out before the anime ends! I can’t say if that actually happens because that’s spoilers, but these past episodes sure make it feel that way. That aside, Bulat had to die soon, otherwise Tatsumi’s character wouldn’t have been allowed to grow.

For almost the same reason that Sayo and Ieyasu had to be let go, Bulat had to die. He was Tatsumi’s idol and the predecessor of the Teigu he owns now, and the only way he could overcome him was to kill him off. Viewers of other anime with Bulat’s voice actor, Katsuyuki Konishi, might notice a pattern of older brother type characters who have to die in order to pass on the torch to their younger comrades. In Akame ga Kill!, this passing is even more symbolic as Tatsumi takes on the role of the new host of Bulat’s Teigu, Incursio. For all intents and purposes, Tatsumi becomes the new Bulat, carrying on his mission to defend the people. 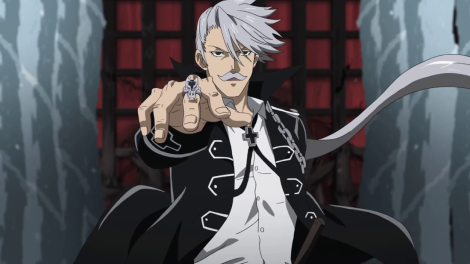 As I was mentioning last time, Liver’s name should have just been River. He controls water, so it makes very little sense to me why it didn’t just get romanized as River. In addition to that, the battle between Liver and Bulat felt a little on the short side. It was still cool, but I remember that felt more intense in the manga. I guess that’s part of the give and take you get with anime adaptations. Next time, we’ll meet Esdeath’s new squad of six, who happen to be some of the most interesting characters in the series (well, we’ve already kinda met two of them).

“If you’re this powerful now, it’s clear that eventually, you will surpass me.” ~ Bulat