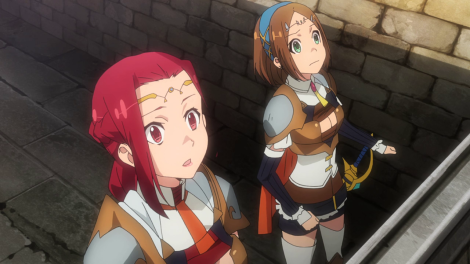 Maybe it’s the way fantasy and technology are so thoughtfully brought together, maybe it’s the abundance of strong female characters, or maybe it’s the brilliant homage to the iconic helicopter squadron scene from Apocalypse Now, but I feel like GATE could easily make it on my list of top anime, and we aren’t even halfway done yet! Even having the natives refer to the choppers as “iron pegasi” and showing how they react to things they’ve never seen before, adds a lot to the lore and the world itself. Sure, there’s always that scary chance that a series you like can screw up down the road, but GATE hasn’t shown any sign of doing so.

Last week, I harped over whether Pinya co Lada and her crew would make it out of this situation alright, and while it seems that many of my worries turned out to be largely unfounded, Pinya’s comrade Norma ends up falling in battle. The following showdown between the violently aroused Rory and the Imperial bandits is spectacular, showcasing why she’s such a force to be feared. Of course, Shino turns out to be very capable with a gun and bayonet as well.

The stars of the show are definitely the JSDF helicopter team, faithfully reenacting the same scene from Apocalypse Now, Wagner’s “Ride of the Valkyries” and all. In the west, this piece is typically and almost wrongfully associated with cartoons and the like, when in reality it’s an incredibly powerful musical work in terms of its instrumentation and melody. The howling brass parts are highly appropriate given the type of artillery they are accompanying. Better make sure to sit on your hat, or else your balls’ll get blasted off.

Even following the relatively heavy events of the battle, given all of the death and destruction, we’re treated to a surprisingly humorous exchange between Itami, Pinya, and Hamilton as they’re negotiating the terms of the victory. Much to Pinya and Hamilton’s surprise, the JSDF do not ask of much, which comes both as a relief and cultural confusion. Though, even by real world standards, Itami’s near altruistic actions of helping Italica without imperialistic desires are questionable, especially considering how much attention is being put on Japan and their involvement with this Special Region.

Next time, we learn what happens with Itami as he’s left behind by his squad to handle these new female knights. As you may remember from last episode’s flashback, these girls are childhood compatriots of Pinya’s and are part of her Order. Why were they not with Pinya during the battle of Italica, and will Itami attempt to persuade them to join them in an act of peace? I’m excited to find out! 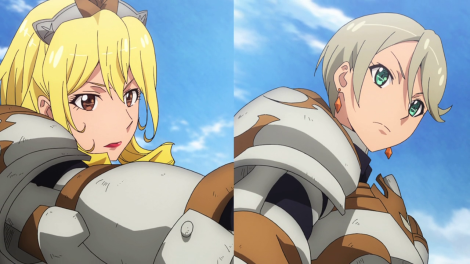 “Absolute violence that no human can withstand… The power to crush everything.” ~ Pinya co Lada