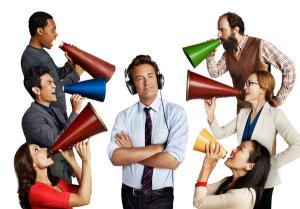 Well, this week’s episode had some stuff that really surprised me. The introduction of Ryan’s feminine side was odd, yet fun because it was displayed through Matthew Perry. We learn about the many insecurities that Carrie as she is used as Ryan’s gal pal, but tossed aside in favor of her very attractive friend. This is very unfortunate because I like Carrie’s character and we do live in a society where things like this can definitely happen. Luckily, the two reconcile and enjoy some television and cookie dough together which is my kind of night-time fun. The odd thing is that the show is kind of hinting at Ryan and Carrie becoming a thing. The two awkwardly assert the fact that Ryan is much older than Carrie, but the tension is all too obvious. Our other story involves Yolanda bringing goal dolls for everyone to try to do some group goal achieving. It is all fun and games until Lauren sees the dolls getting more credit than her for people’s growth. Honestly, there isn’t a lot going on besides the story revolving around Ryan and Carrie, but that isn’t a bad thing because their story is very interesting.

Go On is still pretty damn good. I like the fact that Carrie finally got some much-needed screen time because we have seen a little too much of the group lately. I will say that I miss Owen because I didn’t see him in this episode which could be bad because this is cable television and you never know when a side character can be cut. Oh well, the relationship between Ryan and Carrie is very interesting and this was one great episode. I look forward to seeing if anything actually happens between these two crazy kids.