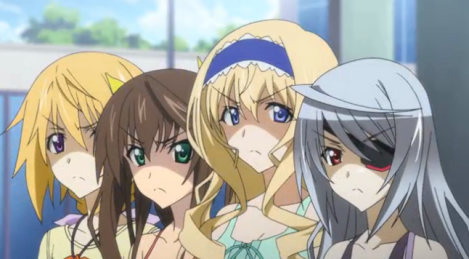 Who has been eagerly awaiting the arrival of this series? Honestly, I wasn’t that hyped. Infinite Stratos had a pretty underwhelming first season if you ask me. They focused way too many episodes on introducing the girls and they often neglected an interesting story and world that was developed in the background. The girls were nice, but this series fell into a harem trap. The main guy kind of sucks. Too much time is spent on developing the female characters and the main guy ends up being someone who is liked simply for being the protagonist. I don’t believe that these girls like Ichika because I see no reason for them to do so. He basically walks in and the story goes like this:

Hi, my name is Ichika Orimura. I am the only person at this school with a penis and that means you all want to be on it.

That is just lazy writing in my opinion. They also think that the only way to keep the story going is to have Ichika be the most oblivious piece of shit in the universe. Bad move writers. Oh right, I was supposed to talk about the series from a basic standpoint. This is the second season of a sci-fi harem called Infinite Stratos from 8-bit productions. 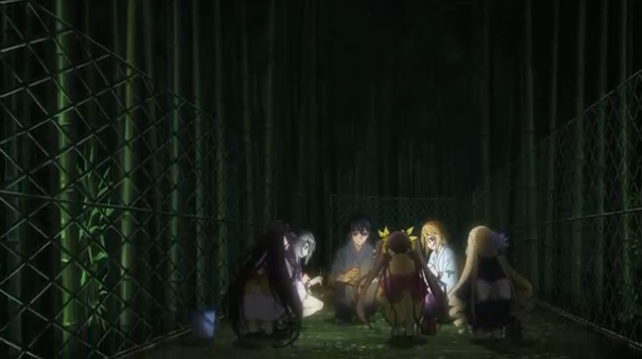 Let me start off by saying that you need to watch the first season of this series if you want to understand what is going on. Well, the general plot won’t leave you because it is fairly simple, but you will miss out on a lot of the finer details in the writing. Just expect a very slow start if you take on the project that is watching the first season of a series in preparation for the new one. I will say that it may be worth it because this new season is starting off very well. We got another taste of Laura being ridiculous and I almost think that “Laura learns how to be a real girl” should have been the title of this episode. She asked out Ichika, but he wanted everyone to go. Laura proceeded to have a girl’s day with Charlotte that involved clothes shopping, a part-time job, beating up a suicide bomber, discovering the mystery behind a crepe  myth, and dressing up like cats. That was fun and we may have found the best couple of 2013. The rest of the episode included a look at what appears to be an evil organization and a fan service montage. That is correct. They took the pool party episode and summer festival episode and decided that they should stuff both of those together in montage form. Not their worst decision. 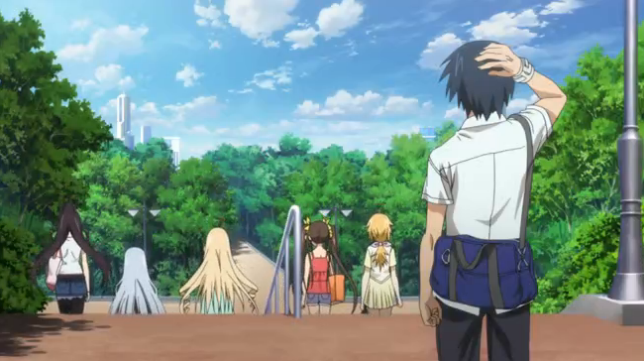 Why do they put up with him? Oh right, he is the protagonist.

I think that this picture accurately depicts the characters in the series. The cast is made up of a protagonist and his harem of international mech pilots that are obviously too good for him. The girls from the first season are back and it looks like the cast has added two new candidates. No matter what, they will be fairly aggressive in going after Ichika as they put up with his bullshit. Well, here they are if you aren’t already familiar with them.

The only male that can pilot an IS. Although he is the most oblivious idiot in the world, women flock to him like moths to a flame. He is supposed to be strong and caring if you can take that from the writing. Ichika is Japanese he and pilots the Byakushiki.

Houki is the younger sister of Tabane who created the IS and Ichika’s first childhood friend. She is a very serious person that has spent her life practicing kendo. Although she can get kind of girly around Ichika, their interactions usually involve bodily harm. Houki is Japanese and she pilots the Aka Tsubaki.

“Rin” is the daughter of a Chinese general and Ichika’s second childhood friend. She is quite childish and has a short temper which is pretty obvious from her small body and twin tails. They like stereotypes in this series. Rin is the Chinese representative candidate and she pilots the Shen Long.

Cecilia is the daughter of a wealthy family from Britain. She is a very high-class girl and the long skirts show that. She has a sense of national pride with a lack of sense in the field of cooking. Cecilia is the British representative candidate and she pilots the Blue Tears.

Charlotte is the illegitimate child of a French IS manufacturer. She appears to be the most normal character at times even though she can be very bold with Ichika and extremely forward with Laura. Her calm demeanor and famous voice actress make her a fan favorite. Charlotte is the French representative candidate and she pilots the Rafale Revive Custom II.

Laura is a member of a German military squad. Laura has the charm that comes with being a soldier in a teenager’s world. She is slowly starting to adapt to regular life, but old habits die hard. Laura is the German representative candidate and she pilots the Schwarzer Regen.

Tatenashi is the student council president. We don’t know much about her aside from the fact that she is the Russian representative candidate and Ichika’s new roommate.

Once again, we don’t know much about this character yet. She is the other new girl and Japan’s representative candidate.

There are various other characters such as the famous older sisters, Chifuyu and Tabane, but the focus seems to be on the harem. I am not sure if we will be seeing much of Chifuyu since she mainly deals with first years, but I would like it if she were to play an important role in the series. Having said that, the cast is kind of crowded at the moment. Let’s just hope that the Sarashiki sisters are interesting enough to warrant the introduction episodes that they will inevitably get. 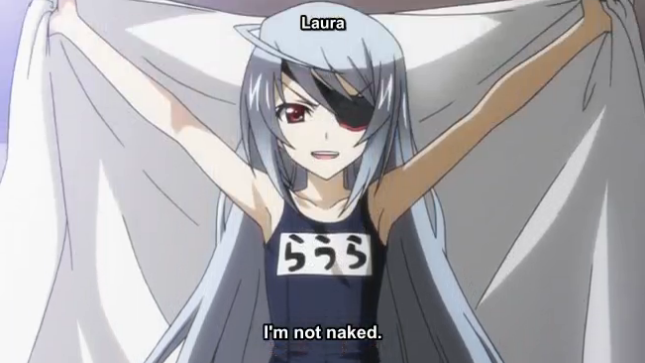 My favorite screenshot from the episode. Subtitles are necessary.

I was very impressed by the entertainment value that came along with this first episode. Let’s start with the good and bad that comes along with the exposure that Laura got. The good is obviously the writing for her character. That girls is hilarious and Laura’s struggle between military and high school life is great. We need to see her in more military uniforms. I am very glad that their attempt to make her more girly did not take away from her badass style. We often see serious girls leaving that side of themselves on the sidelines, but Laura was still great. She may not know how to walk in heel yet, but she can stop terrorist attacks and accurately debunk a crepe myth. The next part is both good and bad. The relationship between Laura and Charlotte is pretty funny. Bryan wants them on the Top Anime Couples of 2013 nominee list. I decide who gets through the preliminaries, but I will say that they have a good shot. Unfortunately, this great relationship is bad for the two lovely ladies. This series falls into a lot of harem stereotypes and I think that they will follow this one. Girls that become friends are pretty much eliminated from the running when it comes to getting the guy. Why is that? I don’t know, but it always seems to happen. Apparently, not focusing all of your attention on the man prize is a fatal flaw. This may be bad for their characters in the show, but it isn’t horrible. I would ship a couple in this series if I didn’t think that Ichika was a bad character. All of the girls are better off without him. 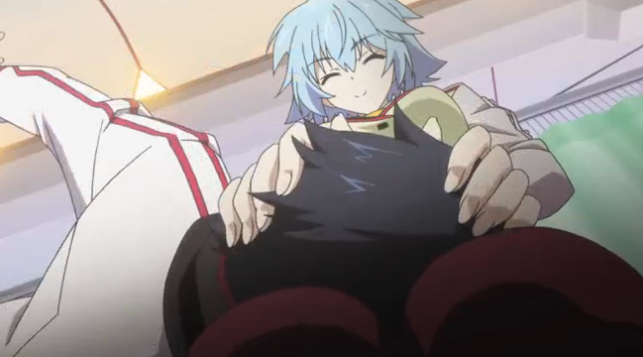 I guess that we are meeting her in the next episode.

That is a picture from the preview of episode two and I think that we are going at a nice pace already. What was my biggest complaint about the first season aside from plot neglect and a horribly written protagonist? Bad pacing in the first half of the season. Well, they blasted through the summer antics in one go. Is it blasphemous to skip through excellent fan service like the water park and summer festival episodes? Yes it is. However, I don’t need to see a bunch of poor breast physics and stupid booth games. I might have like to see more reactions to odd Japanese food, but that is it. I found the montage to be charming. Also, introducing Tatenashi in the next episode is good. the Sarashiki sisters are probably going to be important and I need their introductions to be handled in a timely fashion. We have some actual plot to cover. There is a secret organization with access to advanced technology that is stealing stuff from military bases. That stuff just so happens to be the Infinite Stratos. I guess that the name did not imply flying through the air. The concept of important mech suits is interesting because they kind of got into that in the last season with Ichika’s situation. This episode threw out a lot of stuff and I can tell that my Thursdays are going to be entertaining for yet another season. 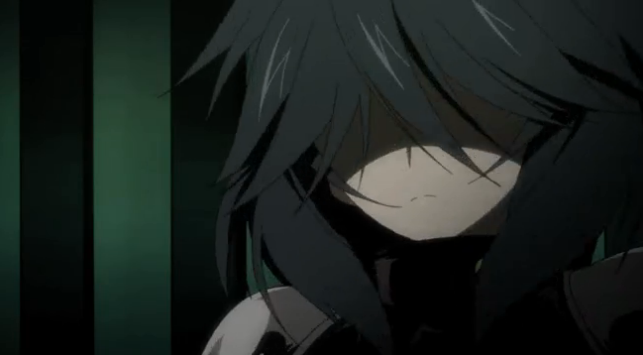 How is she going to be related to Chifuyu?

I just wanted to check out two things with this last section. The first is seeing which girl catches your fancy. This is a poll that will ask for your favorite girl in the Series. The second is seeing how many people actually go through my entire post. It is a long one and I put the poll at the bottom of the article. I look forward to the results even if I am the only one that votes. 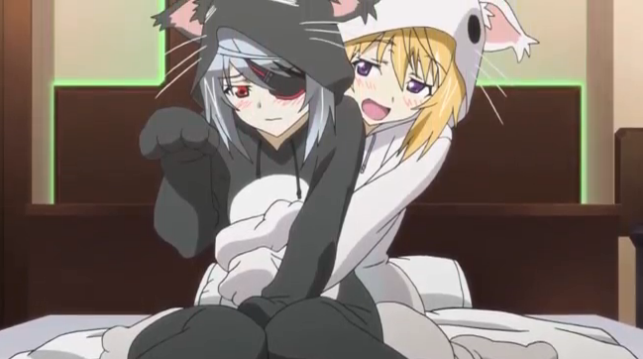 Here is a bonus picture for those of you that stuck around.