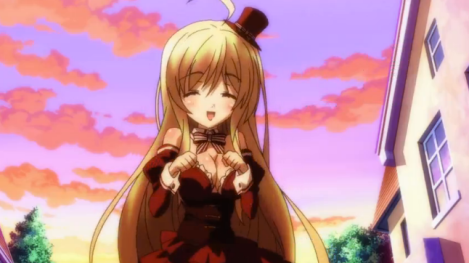 Why did I pick this series? Honestly, the things that have sentence titles are usually entertaining. Also, the concept of being forced into a multiple choice scenario randomly during the day seemed interesting. What has Diomedea brought to us this season? A ridiculous romantic comedy that is sure to grab your attention. 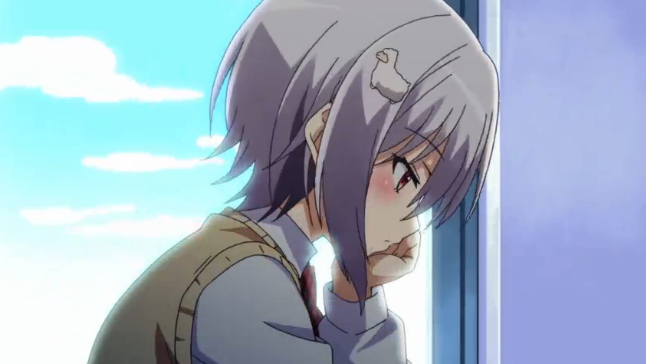 Is that the face of a girl in love?

If you plan on watching this series, then you better be prepared for some of the most ridiculous situations known to man. What am I talking about? Well, our main character seems like your normal high school guy. He goes to school and tries to help people out, but he was forced into a life that lumps him together with a group of rejects. Why is that? Some supernatural phenomenon has made it so that our protagonist will be forced into a multiple choice scenario at random times throughout the day. He must pick one of the choices or immense pain will start to take hold. The choices will range from what he should say to a girl to what will fall from the sky. Those choices are pretty wild and they do not abide by the laws of nature. What is causing this? No one knows. However, it is clear that this ridiculous behavior has not completely alienated the young man. He has befriended a few girls that are crazy in their own right and they will obviously be the focus of the romance that is soon to come. Oh yeah, and a new girl just fell from the sky. 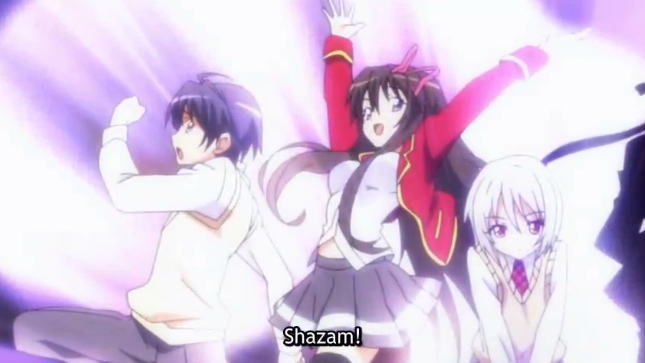 A group called the “Reject Five” will obviously be the stars of the show.

We actually met quite a few characters during this episode. Our protagonist, two of the girls he knows, the loli teacher, the narrator, and a girl who fell from the sky were all introduced. The opening showed us all of the important characters, so we are sure to meet some more, but this was a pretty good start for a series. Too many of them only show off one or two characters in the first episode.

Kanade is our protagonist. This guy wishes that he could live a normal life, but the supernatural multiple choice stuff is keeping him down. The ridiculous things that Kanade must do in order to avoid immense pain have forced him into a group called the Reject Five. I assume that there are four other members.

Yukihira is an odd young girl. She is friends with Kanade and she obviously likes him. However, she conducts conversation in very strange ways that will often make it look like she is bullying Kanade. Yukihira is also a member of the Reject Five.

Ouka is the daughter of a CEO. The company that her father works for makes products that are almost as ridiculous as his daughter. She likes to test the products on her classmates and climb up the side of the school because the teachers would confiscate the goods in question. Ouka is a member of the Reject Five.

Watch out for the other two members of the Reject Five and the new girl who fell from the sky. Basically, everyone from the opening theme should be somewhat important and that is a good thing. My favorite part of this series thus far is the characters. 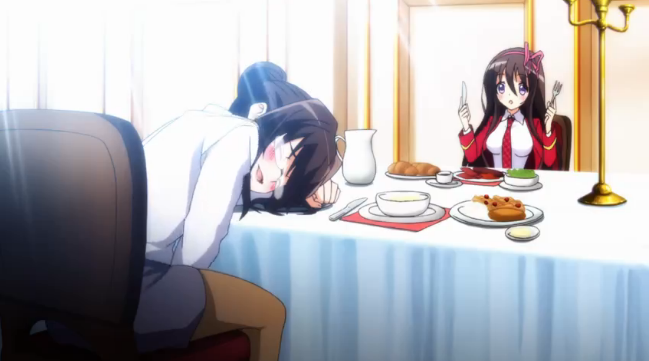 Who would give their mom female viagra?

I like this series even though it is ridiculous. Heck, I like this series because it ridiculous. I will admit that it may be hard to watch at times. I cringe and feel embarrassed for the guy every time he has to do something stupid. The supernatural choice giver made him choose between reading/sniffing a dirty magazine and eating it. What the fuck is up with that? Going in, I thought that the multiple choice stuff was going to be something that I really enjoyed about the series. However, I believe that the characters will be the driving force when it comes to my continued interest. Yukihira and Yuuouji have already become very interesting characters. Did I enjoy the “boobies” conversation? No, but that was only because I had to read the word “boobies” like thirty times. The style of the conversation was very entertaining and that is what matters. Also, I would like to see more ridiculous products from Yuuouji. We don’t need to see her giving more aphrodisiacs to her mom, but things like maggot candy are funny. 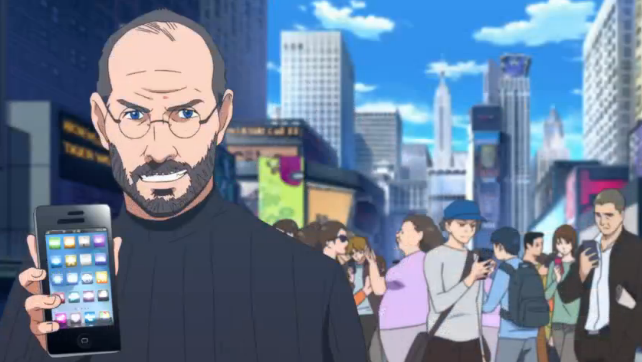 Would they put me in an anime if I died?

I did not expect another series to bust out the Steve Jobs stuff so soon. Honestly, that choice making infomercial or whatever it was sort of lost its luster after a while. It was a nice concept, but I think that they milked it a little too much. I expected a minute and a half maximum and I got much more than that. I guess the thing that is on my mind right now is the multiple choice stuff. We know that we are going to get a romantic comedy and that means we could see that stuff take a step back. We see the little quirks shoved aside for the romantic drama quite often and I don’t know how I would feel if that happened in this series. I would like it if the choices made weren’t as odd as they were in this episode, but I don’t think that I want to see them go. No more sniffing dirty magazines, but running around shirtless would still be welcome. I don’t know how high my hopes are for this one yet. Do I think that it will be funny? Yes I do. Will I care about the romance? Probably, but that may just be because I always care about romance. Overall, I am looking forward to more from this series. 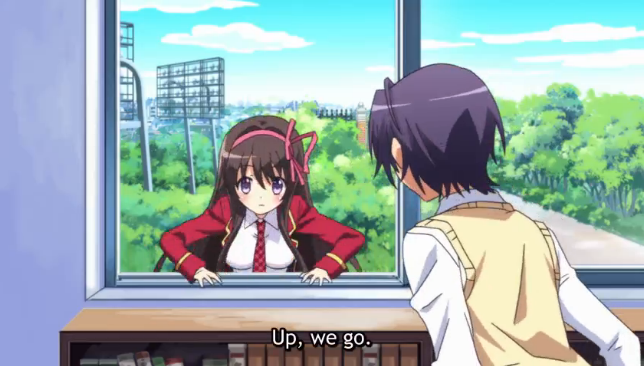 No one uses doors anymore.