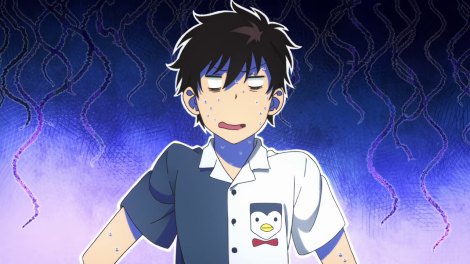 In a desperate attempt to keep this site somewhat prolific, I’m pushing this impression out an entire week late. This episode is the first episode in the series that’s not amazing in my opinion. It had to happen eventually, and I just attribute to my personal bias (a distinct lack of Ayaka throughout the episode). However, this episode took the chance to focus on some of the other wonderful characters, namely the Tower Witches and Honoka’s sister Kasumi. So I guess this episode will just have to settle for being just great instead of downright amazing. 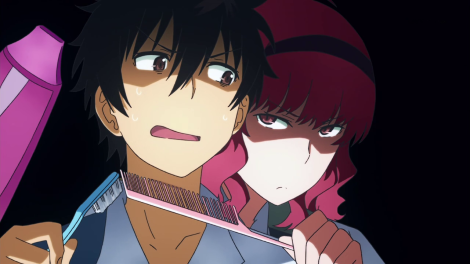 The episode starts off in Honoka’s house, which is very Penguindrum-esque with its vibrant use of primary colors. Also, Honoka happens to have an assortment of penguin-themed items and apparel. He awakes an exceptionally sudden interrogation by his little sister, who questions him about his trip over the weekend with Ayaka. Honoka makes up excuses about needing to get sculpting supplies, but I think Kasumi is a little wiser than that. Plus, she was kind of following him the entire time that day. You know, despite how normal Honoka claims to be, I feel like a high schooler whose hobby is wood sculpting can never be considered normal.

Things get heated, literally, when Kasumi threatens him with a blow dryer that should never be sold in stores. On the other side of town, Chronoir rallies the five Team Rocket Tower Witches and tells them that the best way to defeat Ayaka is to separate her from Honoka. This is because she seems to draw power from Honoka, making her nearly invincible. Sounds easy, right? Well it might’ve worked if Kasumi didn’t reveal herself to be a Workshop Witch ally to Ayaka, wielding a powerful bear capable of growing to the size of the entire city. 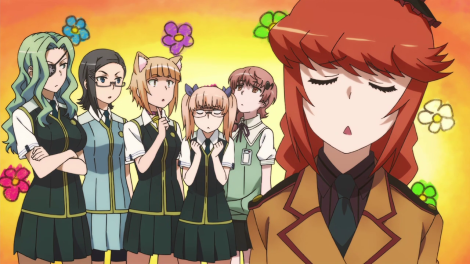 While we get to see a little more of the Tower Witches in action (Kazari uses a skull dragon in battle), they’re still defeated without a drop of the hat. Next time, it appears that things are getting a bit more intimate between Honoka and Ayaka, as she suggests that they move in together so that she can keep watch 24/7. Whether this actually will happen remains to be seen…

“I’m on a mission to protect Onii-chan and the city that he lives in.” ~ Kasumi Takamiya