I am honestly not sure what I truly find appealing about this series sometimes. It is not the story because I continue to doubt that there is one. Anything resembling a plot can easily be tossed aside. I don’t really like anime girls in the “body pillow owner” way. Is it the fighting? Not really, but the fighting is a part of what I liked in this episode. The comedy is pretty nice even if it can be hit or miss.

I applaud the writers for this.

Well, we got the school festival even though it didn’t feel very festive. Ichika was working at the servant café and he ended up waiting on Rin. She was in quite the provocative dress because her class was doing a Chinese café. I often forget that she is the only one in a different class. Apparently, there is a special that allows a customer to feed Ichika and some fun stuff happened because of that. Then, Ichika’s break was monopolized by Cecilia after she won a game of rock-paper-scissors. None of that really matters. The play is what we should be worried about. It was a modern rendition of Cinderella that is sure to make the seas run red with blood. What? Oh, this is a story in which Cinderellas are warriors fighting over the crown that the prince is wearing. It holds information that is key to the war. This means that the harem has gotten together to fight it out in a pretty brutal fashion. Ichika has a moment with everyone besides Cecilia and Rin. Things really heat up when other girls are brought into the fray, but things change up when a mysterious lady grabs Ichika. She is after the Byakushiki and her unusual technology is making the spider lady a creepy threat.

Is Tatenashi the first one to make Ichika think that way?

I really enjoyed this episode. There is some fun stuff to talk about, but let’s start with this image. Ichika refuses to give Tatenashi a massage because her body is far too sexual. Apparently, Ichika has given other girls a rub down and this makes me question a few things. Is Tatenashi’s body that much more mature than the others? I would like to preface my answer by saying that these are observations made based on the animation. I will not be looking up any sizes because I don’t care enough to do that. Sure, Rin and Laura are slender girls, but the rest of them aren’t that far off from what Tatenashi is. Charlotte may not be in the top-tier, but they like to vary the way that they draw her breasts in the series. Also, Ichika clearly offered Cecilia a massage during the seaside school in the first season. Is Cecilia of all people drastically less endowed than Tatenashi? Maybe you can factor in the situation with a bed and the two being alone, but that statement got to me. 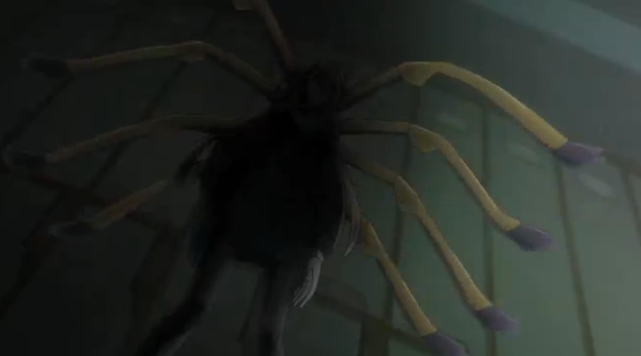 That should creep out Bryan.

This episode did a few things very well. By a few I mean everything about the play.

I could not have said it any better myself. That play was simply brilliant. I found it hilarious how Cecilia was clearly destroying the set, but the thought of killing Ichika did not even cross her mind. Then we have the antics with Charlotte. I think that she will always get special attention like having Ichika end up under her dress because of how much the fans like her. That was a really odd statement. Overall, there was good stuff to be seen. I do feel bad for Rin though. She is the second childhood friend, but it seems like she is always getting the short end of the stick. Ichika calls her a chipmunk and she doesn’t even get to have a moment with him during the play. She got to feed him, but that involved getting blocked by Houki and being insulted. At least Cecilia got to spend her break with him. This has gone on for a while now and it sucks for her. I guess that there is something significant going on. Ichika has to fight an odd cyborg chick. That may be cool. 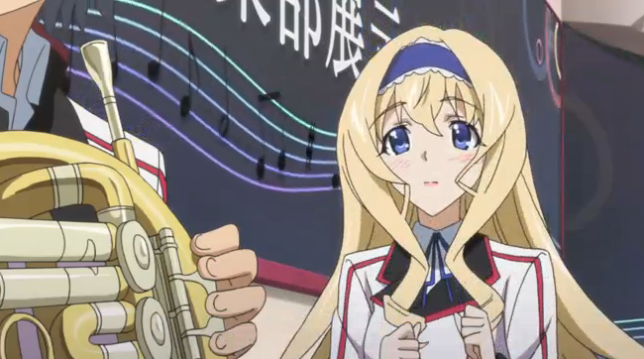 If Cecilia could play that, then she would be my favorite character hands down.