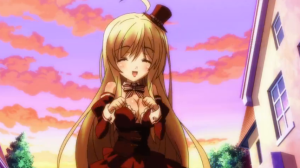 Do good things happen to successful people? That really depends on your perspective in this episode. I was actually quite pleased this time around because we really need more episodes like this one. There was a mix of new information, somewhat less uncomfortable humor, and something that can be seen as plot progression. It is times like this that make me think this is a really good series. 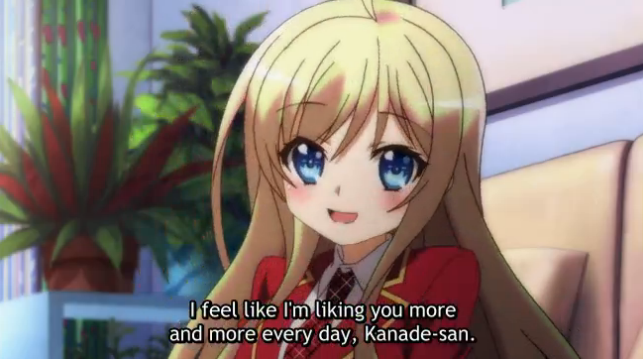 Can Chocolat win the harem?

The episode starts off with something that we were all expecting for quite a while now. Chocolat joined Kanade’s class as his assistant, but everyone assumes that she is sleeping with him. This gets him into a lot of trouble because everyone loves Chocolat. They think that she is adorable and there isn’t a single person that can say “no” to her outside of Kanade. Thus far, she hasn’t been very helpful to Kanade when it comes to the missions and Utage brought up a good point. Why would you let someone who is lazy, eats all of your food, and is of no use to you stay with you? There could be various reasons for that, but it is clear that it was done for the purpose of having another love interest in the series. Will Chocolat ever regain her memories and help out Kanade? I am not sure about the memories, but she could be useful pretty soon. She better be because there is a problem with the new mission. There is going to be a battle between the popular five and the reject five in the next episode and Kanade has to get all of the girls in the battle to say that they like him before the end of the competition. That is at least five girls, but it will probably end up being more. 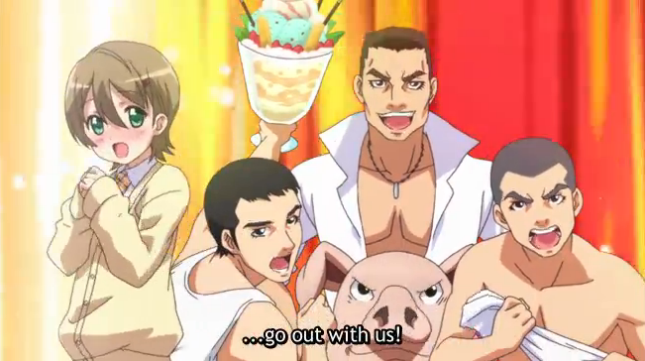 The writer is clearly a fan of yaoi.

I was quite fond of this episode. We got the classic transfer student episode that we were waiting for. Whenever an odd situation results in someone living with the main character, there has to be a new member in the important class. I would say that it would be nice to see more backlash from the other harem members, but we definitely got that out of Yukihira in her own special way. Is the yaoi stuff entertaining? I think that it is at least funny and I would rather see yaoi in a tame capacity than the panty extravaganza that we got in the last episode. I like the ladies, but this is an anime and I am not into two-dimensional girls. I guess that the thing to pay attention to here is the upcoming battle. I have no idea what kind of battle they will be having, but that is kind of the point of the series. You can’t predict this show and that is a good thing. I am looking forward to seeing what we get out of that obvious Ojou-sama that is a part of the opening theme. She is definitely going to join the harem pretty soon. 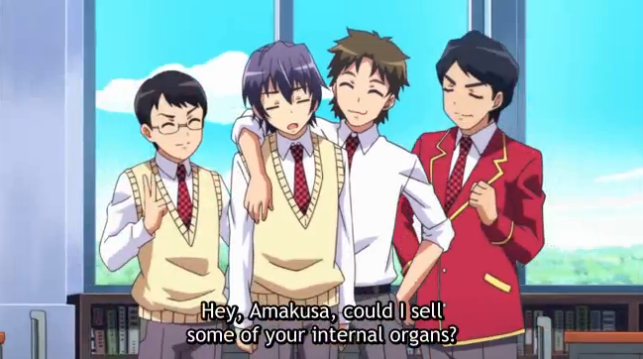 That was uncalled for.

I am interested in Utage. She was a member of the curse club before Kanade and she somehow got through it. I don’t know who is behind said curse, but they are definitely a jackass. Stopping the curse alumni from helping out the new kids just seems like a bit much if you ask me. Even if she could give Kanade information, I doubt that it would be extremely useful. I assume that both the choices and the missions differ depending on the people who are currently afflicted by it. Chocolat’s role in all of this is pretty interesting. If she ever got her memories back, would Chocolat become useful? Is Chocolat already useful? Will we get a dramatic episode that will feature Chocolat stating that she is happy as long as she is useful to Kanade again and he blows up saying that she isn’t? I actually thought that the last one would happen in this episode, but I guess that Kanade is a nice guy. Honestly, I think that the harem might swing Chocolat’s way, but we haven’t met all of the girls yet and that makes my assumption pretty crappy. Oh well, no one else seems especially serious right now and that will bite them in the ass. 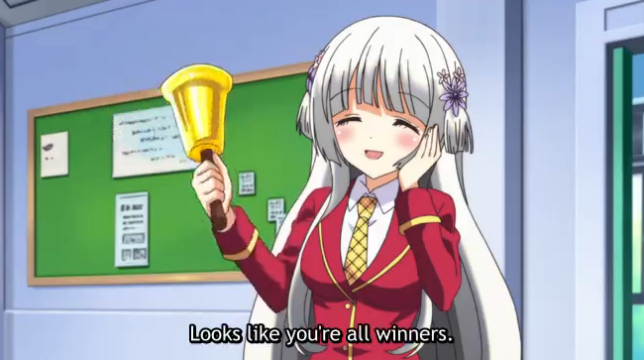