Continuing on my series of film analyses, we have one of Miyazaki’s more famous works: Howl’s Moving Castle. Catch the introduction and my talk about Whisper of the Heart, too. 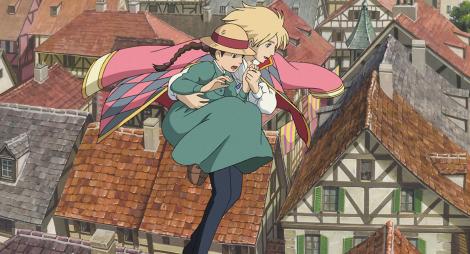 One of Miyazaki’s latest and more well-known works is Howl’s Moving Castle (Miyazaki, 2004). Similar to his other films the protagonist is a young female named Sophie who, at the beginning of the film, is timid and self-depreciating of her physical appearance. After a chance encounter with the self-centered yet very handsome wizard, Howl, Sophie is transformed into a 90 year-old woman by the jealous Wicked Witch of the Waste. As the film progresses, Sophie learns to be more confident in herself, and in her ideals, and is eventually able to break the curse through her own inner strength.

Much like Sophie, the country of Japan underwent its very own rapid transformation following World War II. The construction of large metropolises and the quickening pace of life created an entirely new way of living that the people of Japan had to learn how to cope with. This in turn led to a cultural shift in beliefs and values among the Japanese that deviate from the more traditional ideals that their ancestors were raised on. 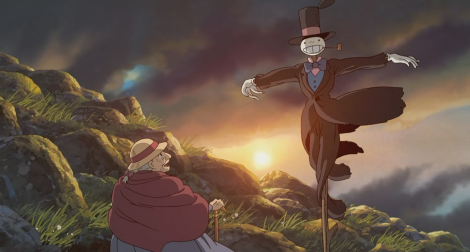 For Sophie, the transformation into an old woman is a blessing in disguise. This new appearance allows her to relieve herself from all of the social pressures that she has continuously felt. She no longer has to worry about living up to unrealistic standards of beauty, and she can act more boldly without worrying about possible social repercussions. This new, brazen outlook on life is comparable to the shifting values, moving from traditional to progressive, of the youth of Japan following the war.

In an interview, Miyazaki stated, in regards to Howl’s Moving Castle, “I didn’t want to make it seem like turning old was such a bad thing-the idea was that maybe [Sophie] will have learned something by being old for a while, and, when she actually is old, make a better grandma.”[1] It’s the classic scenario of the elderly passing on wisdom to the younger generations, except in this case, Sophie is able to simultaneously play the role of the grandmother and the granddaughter. A lot of times, grandparents have more progressive beliefs, perhaps due to age and experience, than parents do. Grandparents have a shorter time left to live and therefore may start to believe in ideas that are more liberal. 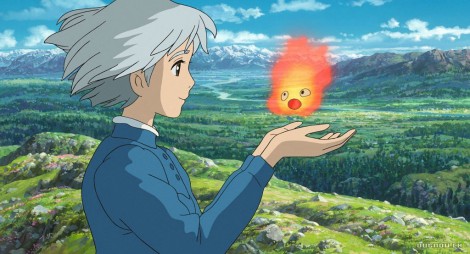 An example of this is shown in Whisper of the Heart, when Seiji mentions that his grandfather supports him going to Italy to study, while his parents detest the idea. Nathalie op de Beeck says, “These films suggest that the heroic thing is not to conform to what previous generations have offered as lifestyles, but to remember the past and challenge entrenched authority.”[2] In a way, Sophie achieves this by combining the beliefs of past and present, young and old.

By the end of Howl’s Moving Castle, Sophie has embraced her experience as an old woman, comparable to listening to a grandmother’s words of wisdom, and is able to revert to her younger form. However, she keeps her white hair, as a memento of how she was able to muster up the inner strength to break out of her comfort zone. At the film’s closing, Sophie stands as a symbol of the combination of the young and the old and the testament of what one can achieve when one goes against the predisposed social norms.