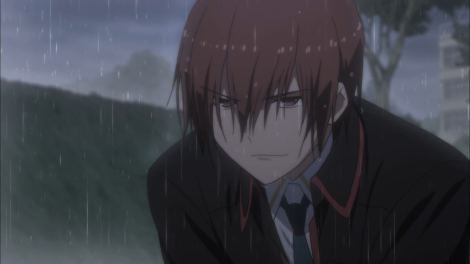 After learning about Kyousuke’s true motives and how he used the Little Busters as a front to teach Rin to be independent, Riki is understandably a bit miffed. Riki’s always been in Kyousuke’s shadow, so to even think of trying to oppose him is kind of an impossible thought. Kyousuke may be Rin’s brother, but does he really know what’s best for her? It may seem a bit cruel right now, but I feel like we still don’t know the whole story behind why Kyousuke wants Rin to become outgoing. 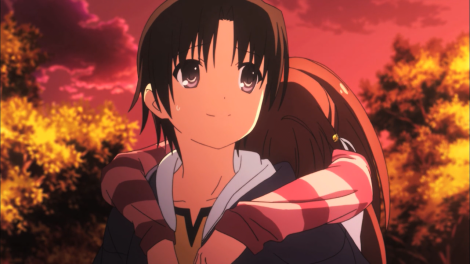 Maybe it has to do with the outcome of today’s episode, which has a very “bad ending” feel to it. The way the events played out felt very unsettling, similar to what one would see in a visual novel (though I guess that part makes sense, huh?). I just felt bad seeing Riki and Rin desperately trying to live freely, but ultimately both becoming unhappy. Well, I suppose Rin was already kind of not the happiest of people to begin with.

It must of been all of the instant noodles, and I honestly think that’s a problem of mine too. My diet lately has consisted of instant ramen, TV dinners, coffee, and soda. It’s the stuff that they warn you about before going into college, yet here I am as a senior and I’m getting the full brunt of the college experience. The lesson? Don’t be like me and you won’t have to worry about the cops catching you and your girlfriend hiding in an abandoned house. I don’t think running away has ever really worked in anime. 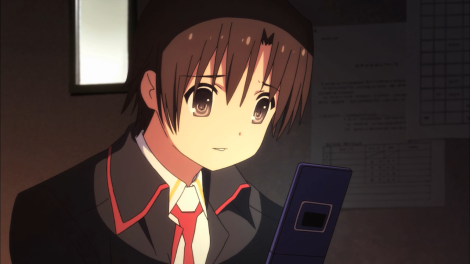 But what now? Is it really like a game where time gets turned back, and you’re allowed to still progress with more knowledge than before? I really like when this mechanic is used, and it’s something that can really only be done in media like visual novels, since the games are based around different routes (timelines/realities) and save files. Judging by the title of the next episodes, 5/13, it seems like this is a likely possibility. If it does happen, does this mean it’s happened previously? Could this be why Kyousuke seems to know everything? And if you’re here and I’m here, then who was phone?

“‘Try.’ What an irresponsible word. Saying it absolves you of any responsibility.” ~ Riki Naoe