Ah, my favorite time of the year: the time when we get to sit together and talk about the best anime openings from the past year. When pulling together candidates for this list, I prioritized having a variety of different musical and visual styles. Hopefully that premise shines through in the video.

Seeing as how half of the videos on last year’s list have been taken down already, I decided to make my own compilation type video of the top OP’s of 2013. Place bets now for how long this video stays up. I poured double digit hours into this, so hopefully it last quite a while.

I’m Bryan, and let’s get this party train rolling.

Two words that should probably never go together: crabs and Steve Jobs. Okay, that’s three words and they did go together in Aiura‘s incredibly odd opening. Even by anime standards, this is just not something you see everyday. The catchy song and shots of crabs and Steve Jobs made this 5-minute short even more enjoyable to watch. 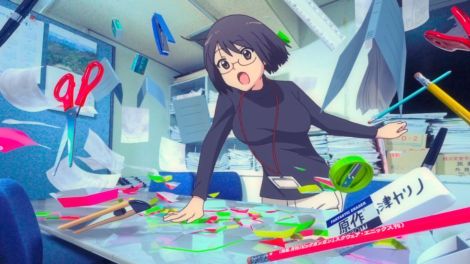 The OP from Servant x Service definitely has the most unique animation in my opinion. The use of images from real life set to a grayscale background mixed in with various bright colors is a pretty good representation of what it’s like to work as a civil servant. The incredibly upbeat song sung by the cast further increases the contrast against the dull reputation of being a working adult. 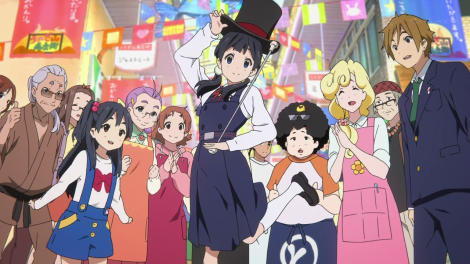 It’s interesting that the first three on this list all have similar musical and visual styles. All of them are upbeat and use bright colors (I wonder if that hurt them during the ranking process). Regardless, all you need to know about Tamako Market’s OP is that it has dancing magazines and oranges. Does your shopping district have dancing produce? I didn’t think so.

With a series that has so many openings like the Monogatari series does, it’s no surprise that one of them makes it on the list every year. Last time, we had Tsukihi’s OP and now we have Hanekawa’s. Yui Horie has a really pleasant voice (maybe that’s why she always voices boys) and I love the art direction in the OP. Watching little cats carry Hanekawa like she’s their hero is adorable.

Driving rock song? Check. Time signature changes to 3/4? Check. Accordion? Check. All of this plus images of carousels, cages, and clocks, and we’ve got one awesome OP. The checker patterns and doily (floral?) patterns give off a nice Victorian feel that is exuded by the series as well. Probably my favorite part of the OP is that there’s just so much to look at, from the deep colors to all of the characters themselves. 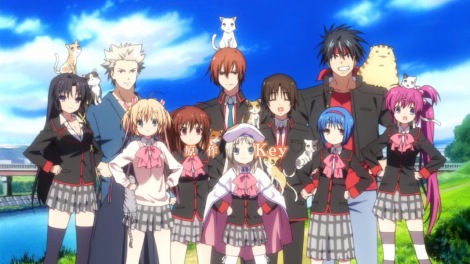 In my experience, opening songs from visual novels are never that appealing. They’re either too overtly sad or just not well done. The OP from Little Busters! is not one of those songs. It’s exciting, it’s fun, it’s hopeful, and it embodies a lot of what it means to be a Little Buster. Those who have experienced the story may derive extra meaning/emotion from this opening and its song.

For me, the main draw of oreimo OP’s is the fact that they always change from episode to episode. That’s why I made sure to have a comparison clip to go along with the OP from oreimo 2. Also, as far as I’m concerned ClariS can do no wrong, though when I watch the video my eyes always drift to Ayase and the handcuffs for some reason. 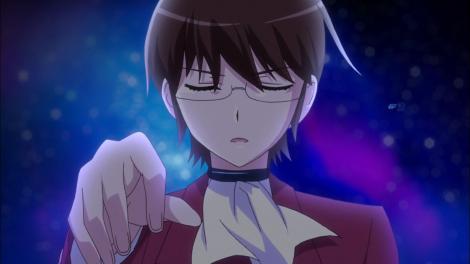 Like with Karneval, I love the use of abstract shapes in this OP. The goddess emblem contrasting with the circuit board imagery perfectly represents the two sides at work in the 3rd season of The World God Only Knows, these being the goddesses and Keima’s gaming skills. Thankfully, those two forces are on the side of good. Actually even if Keima were on the bad side, then I think that would automatically make it the good side because a VN master can never be evil. How’s that for moral ambiguity? 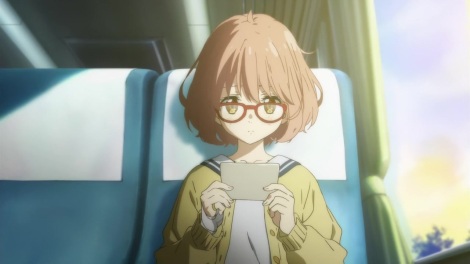 KyoAni always has the pattern of doing an OP that fits with the style of the anime and doing an ED that’s more free form and contemporary feeling. The OP from Kyoukai no Kanata is no exception, and it clearly captures a lot of the action that takes place in the series. In a lot of ways, the OP acts as both a prequel to the series and a foreshadow of things to come. The theme is performed by Mitsuki Nase’s seiyuu, but isn’t credited as the character like some of the other songs on here, which is kind of lame. 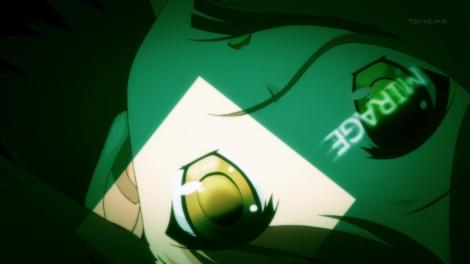 I really like OP’s that can come up with creative ways to include karaoke in the visuals. This OP is probably the best example on the list, as it uses a variety of orientations and colors to throw lyrics in your face. The timing is perfectly done with the lyrics, and it’s this attention to detail that adds depth and a connection between the music and visuals. Also, gotta love all the “Yes!” bubbles around Kurousagi.

I feel like if it were any other anime series, this OP would be a little generic. Sure, it’s an amazing song but the visuals are pretty commonplace. That is, until you recall that the entire show revolves around rebelling against social norms and going at one’s own pace. Seeing the grumpy Hachiman among all of the blooming azaleas is a pretty good summary of what his everyday school life is like. 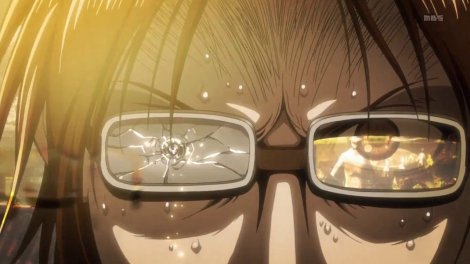 That’s right. We picked this over the sensational “Guren no Yumiya,” but don’t get us wrong. Both are great OP’s, but we felt that “Jiyuu no Tsubasa” had a bit of an edge over its older brother, both musically and visually. From the opening anthem to the downpour of blood to the shot of Hanji’s broken goggles, there are few openings that are more cinematic than this one. Hearing the chorus kick in and watching Levi’s squad fly through the trees gives me chills (and brings me tears) every time.

I always hate to admit it, but I wasn’t all that pumped to hear that Railgun had gotten a second season. When I gave the first episode a shot, all of that changed and it was because of this OP. While I was watching it, I was like “I have to know who these characters are” and “I have to see how all of this happens.” I don’t know why, but whenever I watch the part where Kuroko teleports Misaka into the air and they hover over Mugino’s lasers, I can’t help but smile. Compounded with a completely adrenaline pumping theme by the ever omnipotent fripSide, I present to you the best anime opening of 2013!

That’s our opinion though. Surely, you all must have different favorites so please tell us in the comments!