How does one bookend the first cour to an exciting anime series? By spending the entire episode setting the stage for the next arc, of course! In all seriousness, this choice of episode direction would feel less awkward if the series ran the 24 episodes all at once. Considering how we didn’t learn that the second half would air in January until last week, I wonder if this was a last minute decision by the animation team to effectively postpone the conclusion by one season. The absolute worst scenario would be that the studio was have some sort of issue completely the series on time for the simulcast and thought it would be best to delay the second half.

This could easily be baseless speculation, and honestly, it really doesn’t matter too much to us, the viewers. I can personally say for certain that the first half of GATE has been fantastic, and the decision to build up for the next season is a much better one than just having a half-baked conflict arise, only to be followed by an ever more half-baked conclusion to curtail the season. In January, it seems that much of the focus early in the season will be cast towards Yao and her struggle to enlist Itami’s help in fighting against the savage Fire Dragon. 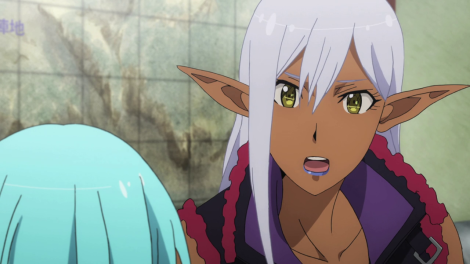 While I’m sure it’ll be an enthralling arc that will flesh out the interesting new character, Yao, I’m wondering how these events will tie into the main narrative so far, which is ultimately the diplomatic clash between the JSDF and the Empire. Pinya intends to use evidence of the JSDF’s heroism as a reason to create peace between the two factions, and perhaps that’s how Yao side-story will play its part in the central plot. In fighting the Fire Dragon, the JSDF will be able to display its superiority in weapons technology, as well as its altruistic disposition.

I’ve sung praises of GATE, its world, its characters, and its story, for this entire season, and it’s even nudged its way into my top 25 favorite anime of all time. I have high hopes for its return early next year, and you can bet that you’ll see more episode impression for GATE when that glorious time comes.

“Itami might do it. If it were to save the people he cares about, he might just do it.” ~ Akira Yanagida