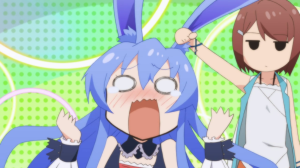 If you thought the demons kings were scary, then you haven’t met Izayoi. Things start of very happy when the water tree that Izayoi won off of the god is put to use and the community has all of the water it needs. The girls talk and things are fun, but that feeling doesn’t last very long. Some thugs from Galdo’s community show up, but Izayoi easily handles them. They plead with Izayoi to defeat Galdo even though they were the ones that did the kidnapping. Izayoi takes this opportunity to declare that the community’s leader, Jin Russell, will defeat the demon kings and bring peace to the world. Obviously a crazy thought due to the current power of the community, but Izayoi is proving to be an evil genius. Without a banner, a name, or the proper manpower, the “No Names” do not have the ability to rebuild at a quick enough pace. However, by utilizing the strength of the new members, as well as becoming heroes that others can support, Izayoi claims that things will progress rapidly. The first step is defeating Galdo who has taken on a new demonic persona when a Vampire decides to mess with his physiology. Kudou finally defeats him which puts Izayoi’s plan into motion. Things are getting pretty damn interesting. 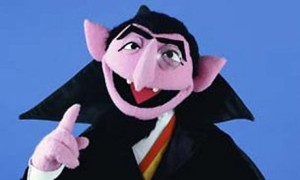 Watch out for vampires.

Mondaiji is getting really good. The depth of what is going on has real impact with the distress that the people experience under the constant fear and destruction that is brought about by the demons. Jin has a friend that was taken and put up as a prize for a gift game and the whole slavery thing is really increasing the tension. How much do you want to bet that the prize is a girl who Jin likes? Oh well, predictable things aside, the fact that the story is progressing the way it is makes Mondaiji my serious action series this season. I am looking forward to seeing Izayoi really fight.