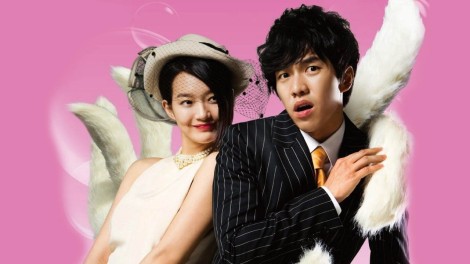 Something I haven’t really discussed in detail yet is the period in my life where I thought I had given up on anime for good. My “hiatus”, as I referred to it, lasted almost three years and took me through my last year of high school and halfway into college. Back in high school, it wasn’t as if I was always watching anime, but I did have a few shows that I liked to watch online like Haruhi Suzumiya and Hayate no Gotoku. Other than that, things proceeded as normal, and I spent my free time going out with friends or playing video games.

One thing I did start doing was getting into the whole Korean Hallyu wave. It’s crazy to think that only a few years ago, K-pop was a musical genre that was known to only the savvy few. In the vacuum that anime had left when I removed that aspect from my lifestyle, K-pop and Korean dramas came in. I used to be so fascinated with Asian culture, especially Japanese culture, so it was only a matter of time before I got exposed to Korean media.

There were a few shows and movies I watched in that interim. I watched movies like The King and the Clown, The Host, and My Sassy Girl, as well as shows like All My Love, Flames of Desire, and We Got Married. One show in particular caught my eye at the time, though it was only very recently that I finally got a chance to finish it. This of course was My Girlfriend is a Gumiho, and though I haven’t seen many Korean dramas, it definitely is one of the best shows out there.

The story follows Cha Dae-woong, an irresponsible young college student who aspires to be an action movie star. While trying to get away from his strict grandfather for spending his tuition money on himself, Dae-woong ends up getting stranded in the countryside and taking refuge at a temple. During his stay, he inadvertently frees the spirit of a 500-year-old gumiho (fox spirit). Due to circumstance, he is forced to take her in and is forced to keep her happy, all while trying to keep her true identity a secret from his friends and family.

It’s a simply fantasy premise that surprisingly works. A lot of the show focuses on the comedy of having a troublesome fox spirit to take care of. Because she was trapped for so many years, modern conveniences and laws don’t make sense to her, giving Dae-woong endless grief as he tries to keep things under control. With any fantasy show, it’s difficult trying to walk the line between serious melodrama and absurd comedy, but the show manages to strike a good rhythm between the two.

The show’s success is primarily thanks to the chemistry of the two leads, played by Lee Seun Gi and Shin Min Ah. Lee Seun Gi easily settles into his role as the troublemaker Cha Dae-woong, who in the beginning is unreliable and selfish. All of that changes once he frees Mi Ho (Shin Min Ah), the immensely beautiful fox spirit. Despite her outward appearance, Mi Ho does have a scary side, particularly if she becomes unhappy with Dae-woong. Still, she does have a more cute and energetic personality than one might expect from an old fox spirit, qualities that make her character all the more attractive. It’s the interplay between such two distinct personalities that works well within the show, especially when it’s played for laughs. Seeing Dae-Woong at the mercy of Mi Ho is fun to watch and seeing him slowly mature over the course of the show makes him a likable character.

The supporting cast also does an exceptional job, with some interesting performances. No Min-woo plays Park Dong Ju, an enigmatic man and the antagonist who seems to know about Mi Ho’s secret. He is possibly one of the most overdramatic characters in the entire show, complete with emo haircut and matching music, so it can be tough to take him seriously when we’re supposed to. The other antagonist of the show is Eun Hye In (Park Soo Jin), Dae-woong’s initial love interest who is secretly manipulative and gets jealous of Mi Ho.

Other supporting characters include Ban Doo Hong (Sung Dong Il), the director of Dae-woong’s school; Dae-woong’s grandfather (Byeon Hee-bong) who is strict on him but truly cares about his well-being; Cha Min-sook (Yoon Yun Sun), Dae-woong’s aunt who falls in love with Director Ban; and Dae-woong’s best friends Kim Byung Soo (Kim Ho Chang) and Ban Seon Nyuh (Hyomin). Everyone gets a chance to shine during the show’s run, but they never get too distracting that they take the spotlight away from Dae-woong and Mi Ho’s story.

Running at 16 episodes at one hour each, the show tries its best to keep things fresh and interesting throughout. The problem with a show this long is that certain plot points can feel stretched out. There is an important portion of the story dedicated to a 100 day promise that takes its time to develop for the first 30 days or so, only to suddenly jump forward 60 days. After seeing so much development, it’s odd that the story suddenly makes a leap forward like that. Other times, the story hits the same story beats and can feel repetitive. Dae-woong and Mi Ho separate many times in the series only to get back together, and this happened so much that I was wondering if the writers were running out of excuses for the two to be separated.

Despite being a comedy, the show does have a lot of dramatic moments. Whenever a human and a non-human fall in love, it’s practically a given that there will be emotional turmoil along the way, and this show is no exception. A lot of the emotional scenes go back to the chemistry between the two leads. It just works. You develop a fondness for the characters over the course of the show, so seeing them grapple with their emotions can be heart wrenching at times. And yes, I did cry during the finale, in case you were curious.

At the risk of making a premature statement, My Girlfriend is a Gumiho is one of the best Korean dramas I’ve seen, despite the fact that I’ve seen so few. The fact is that I really enjoyed everything, like the romantic comedy elements, the great character writing, interesting fantasy elements, and of course the performances. I have to once again praise the two leads for their portrayals, as the entire show would not have had such a strong emotional core if their chemistry didn’t work out. If you’ve never seen a Korean drama, this is a great way to introduce yourself to it. And if you’re not stranger to Korean dramas, you shouldn’t have to miss out on this show.

2 responses to “Review – My Girlfriend is a Gumiho”