While I’ve only played the fighting mode of the BlazBlue series (Carl Clover, woohoo!), the story seems to be interesting enough. Well, it’s interesting enough to get an anime made out of it, which the creator has apparently wanted since 2010. There are certainly more and more video game to anime series adaptations in recent years, like Persona 4, Devil Survivor 2, and Neptunia (this summer). These typically are met with mixed reactions from anime watchers and fans of the game series alike. We’ll have to see how this one builds up, but I’m definitely looking forward to it.

Update (5/19/13): Hoods Entertainment will produce the anime, titled BlazBlue Alter Memory, and the cast from the games will reprise their roles in the anime. The series will premiere this Fall. 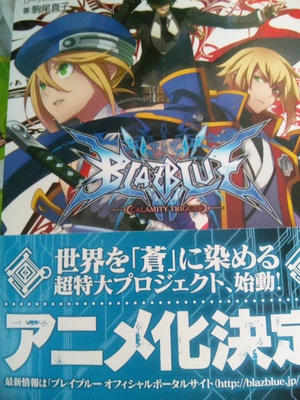