“They’re a rotten crowd. You’re worth the whole damn bunch put together.”

First off, I need to apologize for the lateness of this review. We here at Mahou Tofu (Mahouians? Tofuites? Mahouian Tofuites?) are planning to expand our movie reviews, getting reviews of all the big summer movies. Unfortunately, we’re not off to the best start (damn you, finals week…). Rest assured, we’ll pick up the pace, especially as the roll of summer hits start picking up steam.

Now, for The Great Gastsby. I’m in an odd position with this movie in that I find myself in need to shower this film with praise and condemn it outright. It’s a tale of two cities, so to speak. There are aspects of this film that are pitch perfect, then other features of the film will make you want to vomit in your popcorn buckets. 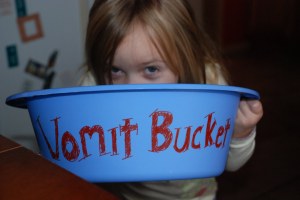 I don’t think I need to give much of a synopsis, The Great Gatsby is a classic of American Literature, and if you haven’t read it already, you should forego this article, and this movie, and just read the damn thing. But to take into consideration those that don’t care much for American Literature and beautifully written novels, here’s a brief summary. Nick Carraway has found himself living amongst the nouveau riche of New York in the roaring 20s. An impartial witness to the excess, Nick searches for some trace of humanity, and finds it in Gatsby, a man he comes to admire above all else. Nick, like an embedded war reporter, follows Gatsby in his quest of infinite hope to acquire the love of his life and make his existence complete.

I’ll start with the praises of this film. The costume design, the set design, the character design, the cinematography, all perfect. It seems that director Baz Luhrmann assembled the perfect crew to build this film. The visuals are absolutely gorgeous, and there are no words in my vocabulary that do proper justice to the visual art built by Lurhmann and his lackeys.

Now I have to do a bit of cursing. As great as the visual look is, The Great Gatsby is grossly tainted by Lurhmann’s tacky, sophomoric visual style. Remember Moulin Rouge! ? Beautiful film, but you can’t help but be distracted by the weird shit Lurhmann throws in. First you get heavy layering taken straight from the books of crappy 90’s artists that just discovered photoshop. Then you get little digital effects that are ugly and grossly unnecessary. A friend of mine that’s a big fan of Moulin Rouge! says she tries to pretend that the horrible opening sequence never happened. It’s the only way to enjoy the movie.

This sequence. The sequence from Moulin Rouge! that everyone wants to disown.

Baz Lurhmann frequently attacks your eyes with poorly designed digital effects. And it’s tragic, given how perfect the cinematography was before Lurhmann dipped his fingers into it during post-production. Take the snow shot, a big, exterior shot digitally made to be bright white snow swirling around in endless darkness. Over this, we get Tobey Maguire’s surprisingly competent narration, which comes straight from the impeccable source material. By itself, this would have been a great scene, intimating the loneliness hidden beneath the subterfuge of the superficial glamour-life. Then the decision came to destroy all of the elegance of the shot. It just so happens, in the script, Maguire’s Nick Carraway is typing- as the whole story is Nick’s memoirs of his time with Gatsby. Lurhmann seemed to think showing Nick at a typewriter typing just before the snow shot didn’t connect the audience strongly enough to the fact that Nick is writing, so this beautiful shot of snow over darkness is obscured behind ugly flying typeface. Sentence after sentence of text floating in the air in front of the snow scene as though the writing makes up the composition of the breeze. That sounds artful, but I assure you it’s tacky, and hilariously unnatural. In another scene, the actors are placed in front of a poor quality green screen, meant to give the effect of an artificial surrounding for the characters, but instead

And getting back to Moulin Rouge!, remember when they did a musical number that bastardized Nirvana’s “Smells Like Teen Spirit”? It was anachronistic to the period piece, attempting to appeal to modern pop culture,  but instead making the scene fall flat on it’s face. The soundtrack to The Great Gatsby has similar struggles, but much less so. When I first heard the news that the film would feature modern music in the soundtrack to a period-based story, I cried disaster, and predicted it would pull the viewer right out of the experience of the film. I was wrong, it was a well-crafted soundtrack that either creates original songs that are attractive to our modern tastes while suiting the period, or are pre-made songs covered and remixed to fit in with the film. It mostly works, with Jay Z’s “100$ Bill” and Emili Sande cover of the much played-out “Crazy In Love” being the only tracks that felt remotely out of place. Overall, the use of modern music never felt necessary as it didn’t accomplish it’s lofty goal of “translating the Jazz Age sensibility of F. Scott Fitzgerald’s novel into the musical equivalents of our own times, through the blending of hip-hop, traditional jazz and other contemporary musical textures”, but it isn’t too intrusive, so I personally fall neutral on this issue.

I do have a bone to pick with the lead single and theme of the film, Lana Del Rey’s “Young and Beautiful”, which you may disregard as everyone else in the world seems to love this song. I find Lana Del Rey over-stylized, emotionally dead, and the lyrics of the song were sophomoric and half baked. To develop my argument, this article would turn into a music review, so I’ll leave you with a quote from the song’s absurd lyrics, and leave it at that. Keep in mind, this is a very serious, dramatic song.

“All that grace, all that body

All that face, makes me wanna party

He’s my sun, he makes me shine like diamonds” 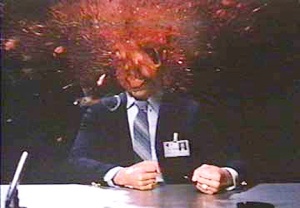 How I feel about Lana Del Rey lyrics

But enough about Lurhmann’s plague of bad choices layering, let’s talk about things that were good again. The acting. The Great Gatsby  was perfectly cast, with Maguire fitting into the role of the introspective and awkward Nick Carroway, and Carey Mulligan fitting into the tragic yet flighty Daisy Buchanan. But the two I really want to discuss are Leonardo DiCaprio and Joel Edgerton. DiCaprio’s portrayal of Jay Gatsby has received critical acclaim as the best of the 5 different film portrayals of Gatsby so far, and among the best performances of his career. DiCaprio approaches the role with a touch beyond realism, capturing the character at Gatsby’s very soul, from Gatsby’s mystique, to his underlying, damning optimism. The most memorable scene for me was an interaction between Gatsby and the object of his obsessions, Daisy. It’s the happiest moment for Gatsby throughout the story, and when you see DiCaprio, he does an extraordinary thing, and de-ages almost 20 years. In all of the fun and joy of the scene, DiCaprio seems to go back to himself in his Titanic days, a bright and energetic young boy brimming with hope and optimism. And then, like magic, once the scene ends, the spell ends and we get the weathered, aging DiCaprio back.

Before we get into the conversation on how this will be another deserved Oscar that Leonardo DiCaprio will be denied, one interesting point came up for the flaw in DiCaprio’s performance, a contrived vocal performance. While Gatsby’s speech patterns (slight spoiler) are slightly forced and artificial, DiCaprio adds an additional layer, presenting a voice far too similar to any other role he’s played. It becomes hard to see just Gatsby, and never DiCaprio. Until that hurdle is overcome, and DiCaprio plays a a completely not-DiCaprio character, he may see another year without an Oscar. 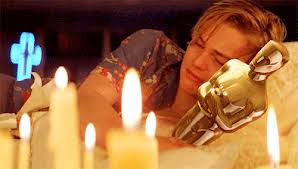 Sorry Leo, you might need to wait another year…

Jeol Edgerton, on the other hand, makes a surprising but solid candidate for best supporting actor for his portrayal of the arrogant brute Tom Buchanan. Edgerton hits every mark in capturing the pride, jealousy, violence, and superiority complex of Tom. He’s the towering monster and the pathetic little man all rolled in one. And without argument, Edgerton blends perfectly into his character. Want proof? See the film, and try to remember that this guy played Brendan Conlon, the good-guy underdog in 2011’s Warrior. You won’t see the resemblance, I promise.

Now after all of the criticisms I have, you might expect me to give The Great Gatsby a mixed review. So let me surprise you with my grade: A

For all of it’s flaws, the over-ambitious soundtrack, the amateurish digital design additions, I can’t bring myself to say this film is anything but excellent. The source material is perfect, the adapted script is both entertaining and as faithful as you can expect a 2 1/2 hour film to be, and the performances by the actors is everything it needed to be. The purpose of my strong criticisms in this article is to warn you, the film is great, and while the flaws may not be enough to hinder your enjoyment, they could be enough to drive you out of the theater in a fit of insanity(as they nearly did with me). But as someone that face-palmed in the theater more times than he can count, I feel like this film is worth the possible insanity it may inflict upon you. 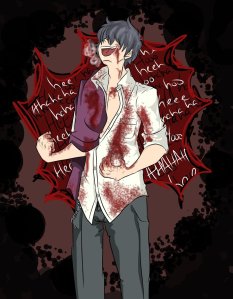 God help us all,