We learned quite a bit about what is going on in this series. Having said that, things were fairly predictable following the events from last week’s episode. I am just glad that we are sticking with the darker themes in this series. Let’s get to it before I bore everyone with my rambling.

We all saw that Kotori had spirit powers in the last episode, but the origin story for the powers is the interesting part. Kotori was born as a human and that raises some interesting questions. Did all of the Spirits used to be humans? Why do all of the Spirits have amnesia to an extent? Why are all of the Spirits girls? The answer to that last one is pretty obvious. This is a harem and they need girls for that. Kotori has fire powers and a giant axe that can turn into a canon. That is pretty interesting and she is even more powerful than Kurumi. That is crazy because Kurumi has time powers and I assume that those are always ridiculously strong. Shidou’s healing ability comes from Kotori’s power that was taken from her. The kiss method isn’t something new and but that whole sibling thing is starting to really bother me. I guess the last thing that Kotori’s situation revealed about the Spirits may be a drive to kill. She lost consciousness and almost killed Shidou during the battle and her powers are starting to overwhelm her body. Oh yeah, she also is responsible for killing Origami’s family. 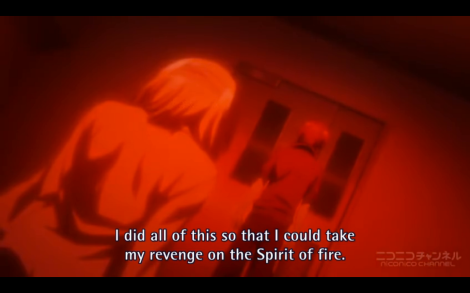 That was pretty obvious.

Anyone that was watching last week’s episode could tell that Origami was enraged when she saw Kotori. The fire that was started five years ago in the Date A Live world by Kotori’s transformation killed a lot of people. That is the start of Origami’s origin story. I would have taken that whole thing much more seriously if it wasn’t for the fact that Origami spent most of her time seducing Shidou. I could have done without the finger sucking, but everything else was pretty hilarious. I guess that Shidou is going to have an even tougher time saving the Spirits. 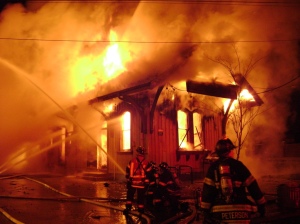 Even Shidou’s classic self-sacrifice can’t stop me from enjoying this show. The dark situations continue to get fleshed out and that really excites me. Kotori has committed manslaughter on what could be a pretty large scale. Kurumi has escaped, but I am not sure if she is going to continue killing people. Shidou jumping in front of a blast for her may have finally gotten through to Kurumi. I hope so because she is my favorite character in this series. Oh yeah, and Kotori is losing control of her body.

That is cutting it kind of close.

Apparently, they are going to lose Kotori as they know her if Shidou can’t seal her powers again within two days. I assume that it means that Kotori will become an evil Spirit in two days. Although, the preview for the next episode makes it look like she is dying. What bothers me is the fact that they are waiting until the final day to save her. They may just be putting pressure on Shidou in order to create a sense of urgency, but that seems dumb to me. I would use both days in case the first date fails. On that note, I am not digging the incest. Don’t tell me that they aren’t related by blood because they were raised as siblings and they even admit that they are still siblings. I can’t stand it when anime and manga writers throw this stuff out like it is normal. Some may call it a cultural difference, but I just call it sick. There pretty much has to be another season of this series because there is no way that they can handle Kurumi’s personality change, Kotori’s power sealing, Origami’s revenge, Mana’s accelerated death, and Shidou’s endgame love interest in the next two episode. Especially because we are getting a beach episode next week. I guess I am looking forward to all of those things getting resolved.