I had no idea that the Insect Magistrate was as important as she really is. They tried to bring every fighter they could to stop the Insect Hunters. Edo was almost destroyed because they decided that they had to leave a rampaging insect alone in order to save the young lady. Luckily, the Samurai that guard the Shogun stayed behind to protect the city. I sure hope they can handle that giant insect. 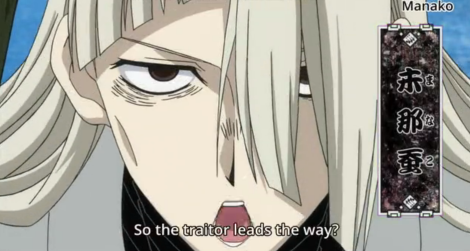 The Insect Hunters are back together.

On the way to Hachijo Island, the boat that everyone is on gets attacked by one of the Insect Hunters. The guy is pretty good and that made it difficult for most of the guys to get away. Do you guys remember Koikawa’s back story? He killed ninety-nine people because his mother was killed. Although he thought his father was at fault, it turns out that the Insect Hunters were responsible for his mother’s death. Now that we all remember that, Koikawa is pissed off. He takes on this guy, but things don’t stop there. Once they are on the island, Koikawa seems to be more determined to find the person that killed his mother. It gets revealed that Mugai used to be the leader of the Insect Hunters and this got Koikawa pretty fired up. Things are going to get pretty dicey with two of the good guys fighting each other.

The little girl can fight.

Jinbei is the first one to reach the Insect Magistrate, but that isn’t all that surprising. Jinbei refuses to believe that the girl is the Insect Magistrate even after she starts fighting. Yes, this girl has some pretty crazy powers. She uses poison magic. I say magic because nothing else really makes sense. She can do some pretty crazy things like covering an entire mountain in poison gas and using acid to melt through metal. She is obviously more powerful than Jinbei, but the protagonist won’t take a step back for anyone. It may still be lucky that Jinbei is there because it would be three verses one otherwise. Kotori stated that Edo would fall without the Insect Magistrate, so they can’t lose this fight.

These guys better not die out there.

I am definitely enjoying this series. One thing that I didn’t think I would like is the possible romance between Jinbei and the Insect Magistrate. Jinbei is using his protagonist powers to make the cold-hearted Insect Magistrate care about him during the fight. I am a shipper above anything else in this situation and I would like to rank my Jinbei pairings.

2). Jinbei and the Insect Magistrate

That is my personal ranking system and it doesn’t necessarily reflect the flow of the story. I know that Jinbei is going to have to show off during the next episode, but I definitely want to see more fighting from the Insect Magistrate. Poison is my favorite pokémon type and that makes me love her powers. 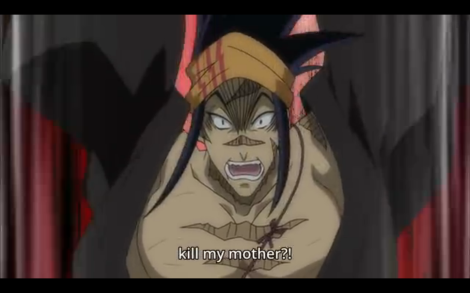 I am really interested to see how this situation pans out. Koikawa killed ninety-nine people that he grew up with because his mother died. Imagine how much pain and suffering have built up over the years. Koikawa is very strong and I assume that this will be a cool fight. That, and this is a pretty important thing from an emotional standpoint. Aside from that, I am not the biggest fan of Hibachi’s fighting style. Not because it isn’t cool. I really like the use of bomb and her ninja skills are interesting. The thing that I don’t like is the fact that she, as well as all of the women in this series, is used for fan service. There is no reason for her aerial bomb drops to involve flipping upside down and giving us the up skirt shot. Just a lot of unnecessary stuff that fans don’t need in a series. Aside from that, I am really liking what is going on and I am looking forward to see what happened in Edo while everyone was gone. 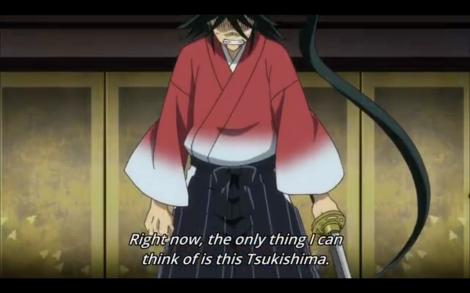