Well, a light-hearted episode was bound to show up eventually. We had been cranking out the serious stuff for quite a while now and that did not feel like the series that we started out with. The serious stuff isn’t bad, but I am sure that some people wanted something like this. 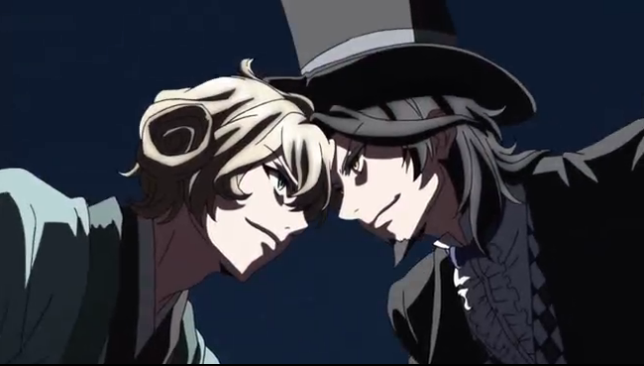 Top Chef is back.

This was not the kind of battle that we expected. What was the focus of this episode. A cultural festival of course. You can’t have an anime without a cultural festival. Heck, you can’t even have a cultural festival in Europe without fried squid and yakisoba. I am surprised that I didn’t see takoyaki at one of the booths. What was significant about this cultural festival? Participation is part of your overall grade. William didn’t want to do anything, but he did want the money. Thus, the elector did what any future politician would do and he began to take over other booths. William used his sharp tongue to assimilate Datalion, Sitori, and Isaac for a café. Thus, William took three very popular booths and turned them into one very popular one. This was going well enough until Dantalion and Sitori brought the demon world with them. Their respective butlers showed up for a top chef showdown that became quite popular. Berphomet ended up winning by giving Sitori desserts. Then the two chefs ended up working for William. Unfortunately, William still lost out to the mysterious Head Boy. Oh yeah, and Sitori’s uncle is getting ready for something big.

I am expecting something big.

I am ready for the action to start-up again. I didn’t hate this episode, but I missed the struggle over William between heaven and hell. We didn’t even see Kevin in this episode. I thought that he would participate in some capacity, but he wasn’t even there. He was probably too busy almost losing his other wing to care about a school festival. I am guessing that we will be getting back to the struggle in the next episode, so there are a few things that I expect from it. The first is a strike called against William by Michael. Why is that? If they cannot give William ecstasy, then they will have to kill him. That is the only way to take the decision regarding the next ruler of hell out of his hands. Also, there needs to be a reunion between the lost lovers. I know that I would find that entertaining. Finally, I need to see William using the ring of wisdom. I want to know what significance it will hold in all of this because Kevin was hiding it from William and there must have been a reason for that.

I am never going to get over the fact that this is Sorata.

On another note, I want to talk about the sloppy writing in this episode. A cultural festival is fine because I would assume that a prestigious school in any country would welcome people on a day of festivities such as this one. However, the food choices that were given were idiotic. I am not saying that European people would not like fried squid and yakisoba, but there is no way that people would be cooking that at the school in question. Sure, British food sucks. Anyone that has had it can tell you that. However, let’s not forget that this series does not take place in Japan. You couldn’t have a booth with fish and chips? Is that minimal level of consideration too much for you? I appreciate the little things in a series. Attention to detail that often gets over looked is something that more people should recognize. Could the writers have not cared because food choices in background booths would probably have been overlooked? I guess so, but I really wanted to see more in this regard. I consider this oversight to be lazy. 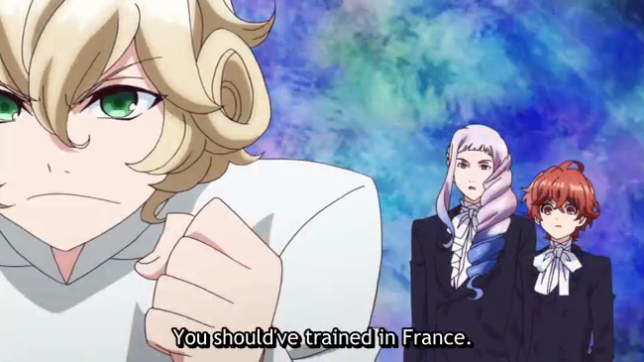 Don’t study in China when your employer wants sweets.