They are really cutting it close with the end of this season. It feels like they are throwing out a lot of stuff without giving it time to resolve. I know that this doesn’t need to be a Dragon Ball Z fight, but I do know that we only have one episode left and the real action is only just beginning. 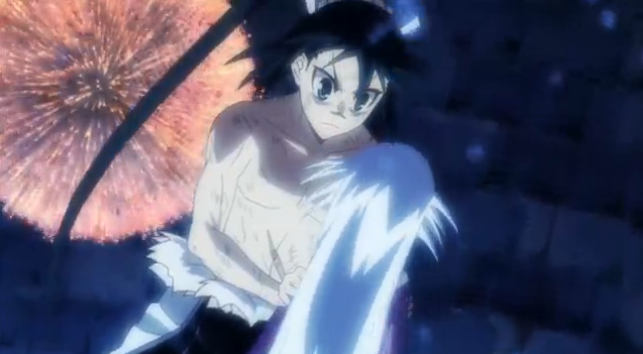 That was a beautiful scene.

We picked up right where we left off in the last episode. Yukimura was talking about how Princess Naa would lose her memories if she was to regain her powers. Jinbei was having none of that and he decided to use a rock as a weight and dive into the well. The two share a very emotional moment when Jinbei informs Princess Naa about the memory loss and she battles between duty and love. Well, Jinbei tried to instill some confidence by saying that he would take care of Yukimura. How does he plan on doing that? I don’t know, but it worked. The two exited the well and made a run for it. Yukimura did not initially stop them because he was busy fighting Mugai. Even though Mugai is really strong, he was not able to force much out of Yukimura. Having said that, it’s not like Mugai was defeated or anything like that. Yukimura makes his way to the two runners and beats the crap out of Jinbei. Princess Naa says that she will enter the well if he will stop hurting Jinbei. She makes the walk towards the well and Jinbei states that he will not forget her no matter what happens. That emotional moment was ended by the transformation. Princess Naa looks a little different with the white wings and it is getting to Yukimura. The rest of the city patrol shows up after Kotori finished off the other two insect men. Yes, he showed up, and things were looking up. Well, that is until Princess Naa impaled Jinbei.

Kotori shows up out of nowhere to be a badass.

I like what is going on, but it feels a little off. Here is the thing. I am a member of the Dragon Ball Generation. No matter what happens, it will always seem as though a series is not allotting enough time for a fight. Why is that? Well, Dragon Ball started this thing where we would have to wait for months in order to see the end of a fight. Even though such a thing is ludicrous and is honestly a weak point of the series, the need for a long fight is engrained into my mind. Fights do not have to be that long. Having said that, they are only giving us one episode for the showdown between Yukimura and Jinbei. I am only going to mention stuff from the preview because I do not read the manga. It looks like Jinbei is going to transform again and fight the big bad guy. How does that work? Plot armor is probably to blame here. That is also the case with Kotori I believe. If he was really this powerful, then those insects wouldn’t get to do shit in Edo. Oh well, I am glad that we got to see him fight even though it was over instantaneously. The fact that he and Oooka trained together seemed like a throw in, but it was interesting.

She definitely lost her memories.

Let’s talk about something very important. That scene in the well that had Jinbei holding Princess Naa as bubbles that portrayed their time together burst into fireworks representing their first meeting was beautiful. Heck, it was one of the best romance scenes that I have seen in quite some time. It will be hard to top that. Even if Jinbei doesn’t realize it, this is a ship that must sail. I know, this is a series about fighting bugs and stuff like that. Well, I haven’t seen a series push a romance this hard since I watched Sword Art Online. For those of you that did not watch that series, It was pretty much a romance disguised as a video game survival anime. You can skip the second half of that series by the way. Back to Mushibugyou, I am glad that they are pushing this couple. Why is that? Well, I love a good romance. That may be a bit of an understatement, but it is definitely true. Not only that, but I have hope that something will actually happen between these two. Series like this often disregard the romance at the end which basically wasted everyone’s time. This focus is great because it means they almost have to stick with it. I like that because I think that they are writing the romance quite well. I love action, but the romance is what I am looking forward to. 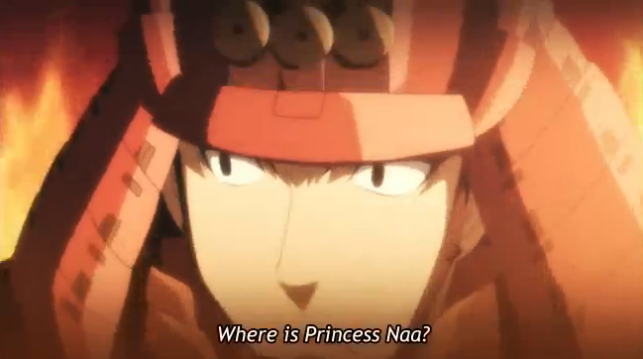 That is a back story that left much to be desired.