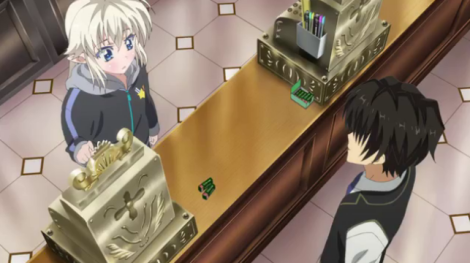 I was expecting a copy of Hataraku Maou-sama! and I wasn’t completely off. There are elements present in this series that remind me of one of the best things to come out this year, but there were also some key differences. What is something that stood out to me? The ecchi stuff. Breast physics and the skirts that never really cover what they are supposed to are anime classics that have already made an impact on this series. The romantic comedy from Asread should not be watched with your back exposed. 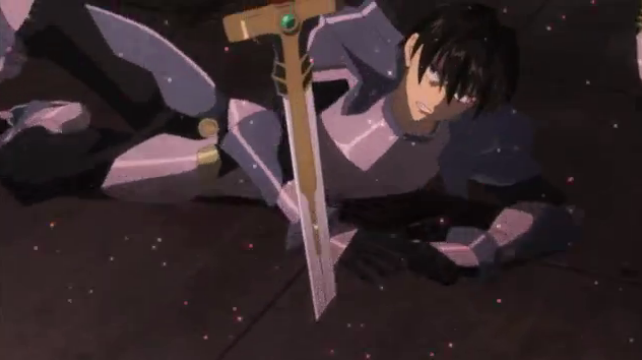 I have no idea if we will see anymore fighting and that is alright with me.

The story starts off with Raul and company fighting a bunch of demons in order to obtain their hero licenses. Apparently, they is an actual process to becoming a hero in this world. Well, there was until the demon lord was defeated that is. With the threat of war no longer present, the would-be heroes had to find day jobs. Raul ended up working at a magic shop that sells things like home appliances. These appliances are powered by magic rather than electricity. A new applicant shows up, but this person is far from ready to work in the customer service field. Rude, odd, and unprofessional are just a few things that describe the new worker. Unfortunately for Raul, he was tasked with training this young lady. Yes, Phino is a girl even though Raul had to strip her in order to figure that out. It appears as though this story will follow Raul and Phino as they try to make a living in the customer service field. Will this be a tale of action, adventure, and forbidden love? Well, that last one might be true. I don’t think that a hero applicant sounds like the perfect match for the demon princess. 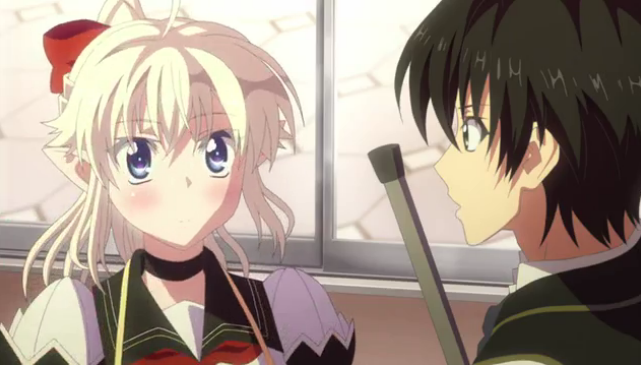 There may be a lot of girls in this series already, but we only really got to know two of the characters. I will assume that Raul and Phino are going to be the focus of the series and that the only other important characters will be girls that have a thing for Raul. His party member that first showed off the breast physics in this series will probably show up eventually. Oh well, let’s just try to keep things from being too duo centric.

Raul was supposed to become a hero. Unfortunately, the demon king was defeated right before the young man could finish his licensing exams. Thus, the warrior took a day job and is now a less than successful salesman at an appliance store. He tries to act professional, but old habits die hard and those hero days really affect his speech. Luckily, he cares for others and is very capable at many things such as proper hygiene. These skills are very important for a protagonist with an overly energetic love interest.

If the last name didn’t give it away, then I will tell you that Phino is the daughter of the late demon lord. She has traveled to the human world in order to learn about this other world and make a living. She has trouble communicating with people and doing simple tasks because she was raised in the demon king’s castle. Luckily, she is very receptive to whatever Raul tells her and she has an energy that some would consider to be moé. She is living at the store due to various circumstances and Raul has to help her with more than the working tasks.

I said that the story shouldn’t be too duo centric, but a simple romance is allowed some leeway in this regard. I would obviously like to see other characters if the writing holds up, but a romance series can focus on the main couple. I am going to assume that Raul and Phino are the main couple. I just hope that the various other girls that we met aren’t simply there for fan service and unimportant scenes. 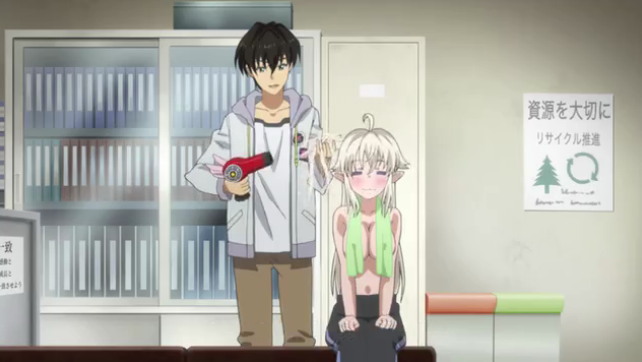 Don’t tell me that this series won’t take this route.

I am very close to saying that I will enjoy this series. What is stopping me from going all the way? Honestly, it is the over the top fan service. I have sat through countless beach episodes and watched many a clumsy girl lose her coverage in an anime. Unfortunately, some series take things a little too far. If you want to talk about media giving girls an unrealistic body image, then talk about how anime makes it to where they would have to rewrite the laws of physics in order to achieve these bodies. It isn’t difficult to simply draw body parts with proper physics. I need to have a “BOING!” counter in the corner of my screen while I am watching this series. Having said that, the breast physics aren’t even the worst of it. I can’t stand it when a series decides that up skirt shots will be mandatory every five minutes. I thought I got enough of the skirts that don’t cover anything when Shuffle! was a thing. Apparently not. 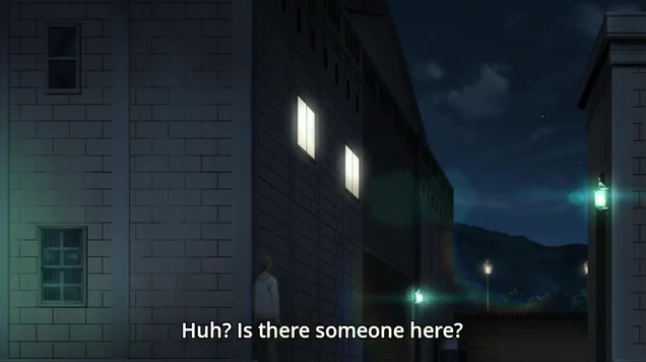 How long until they start living together?

Negativity aside, there were a lot of things that I enjoyed about this series. Let’s start with the main character. He is fairly funny. The relationship between the straight man and the girl who has no idea how the world works has become quite popular. It was basically the concept behind Sakurasou no Pet na Kanojo. Basically, all of my hopes are banked on the romantic writing to be decent or better. I expect the fan service to never end, so the romantic comedy stuff will have to get me through things. Am I already attached to the idea of Raul ending up with Phino? Let’s say yes for now. We haven’t really gotten to know anyone yet, but I can’t say that I don’t like the idea of that relationship becoming a thing. As far as an actual story is concerned, I think that it will either be unimportant or completely nonexistent. Obviously, two people adjusting to life working retail can be considered a story, but I am talking about something deeper such as a return to hero work or the demon king not being dead. If that stuff happened, then I would be pleasantly surprised. Oh well, I just hope that this doesn’t get thrown into the generic ecchi anime pile. 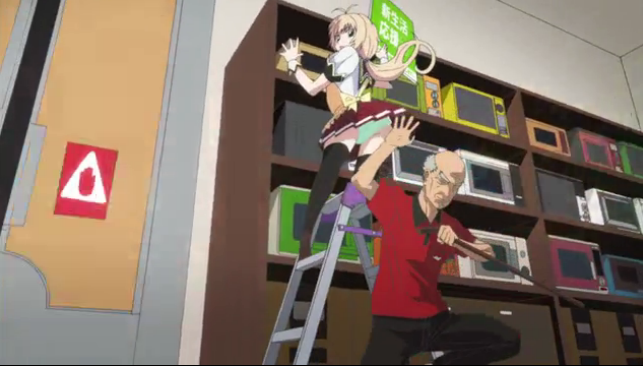