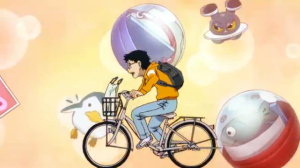 I have been complaining about the pacing of this series and my complaints are going to stay the same. Things aren’t progressing fast enough in my opinion, but I can forgive this on certain occasions. What needs to happen for me to do this? Well, you can start by having more episodes like this one. It didn’t feel like we got very far in the story, but a lot of things were introduced and the episode itself was entertaining. That is good enough for now. 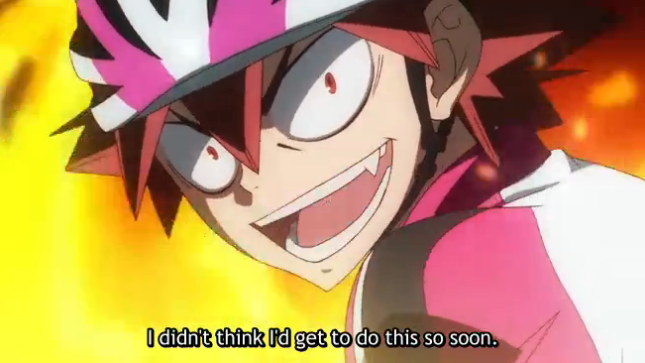 This guy needs to calm the fuck down.

Well, we basically picked up where we left off in the previous episode. Onoda has been introduced to Naruko and this energetic guy is making the already weak Onoda follow his pace. They end up in a model store that I would love to be in, but this new guy is not used to the environment. He is yelling about everything that he sees and commenting on Otakus. Wearing glasses and having a backpack on doesn’t make someone an Otaku. Having said that, I do wear glasses and own a backpack. He ends up buying some models from the store and borrowing money from Onoda to pay for them. Naruko starts talking about Onoda’s bike again and he gets into with a jerk in a sports car. Naruko gets pissed, but he moved to the same area as Onoda, so they end up riding home together. What they did not expect was to see the jackass again on the way home. Naruko starts chasing after him and he is surprised to see Onoda keeping up with him. That would not have lasted very long if it wasn’t for the fact that a certain bike fanatic put a second gear on Onoda’s bike. He shifted gears and the two started gaining on the guy in the car. Wind became a problem, but Naruko’s sprinting ability aided in a drafting formation that closed the gap regardless of the wind. The two rode off together and that will hopefully be the end of the introductory bullshit. Everyone has acknowledged Onoda’s riding prowess, so we need to get to the club activities already. 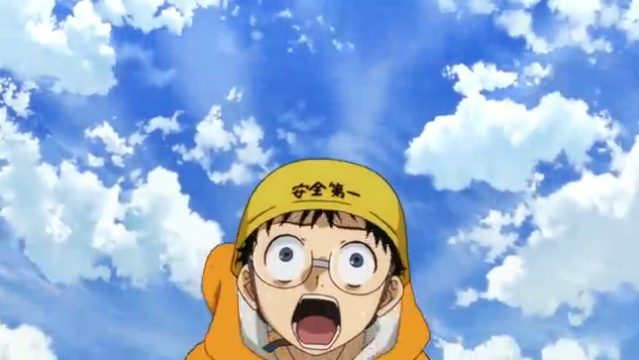 I don’t think that calming down can help Onoda at this point.

I am happy based on speculation. What do I mean by that? I am not too thrilled by what we have gotten thus far. There have been signs of a quality series from time to time, but the pacing of the series is killing me. Speculation tells me that we may see a change soon if the series can jump into the club activities in the next episode. I assume that we will based on the title of the next episode and the fact that Onoda was so excited to be fast for the first time in his life. Having said that, there are a few things working against the series. Apparently, we are getting thirty-eight episodes to start things off. I don’t think that we will get a complete series out of that, so we are getting a very long initial run. By the way, that number is from MyAnimeList. I worry about a long initial run for a series because I am not sure if they can sustain new viewership like that. We also have the fact that the possible filler will be stuff that only appeals to nerds like me. I love it when a sports series goes into the technical stuff regarding a sport. It isn’t for everyone and I fear that we may get a lot of that from this series. I hope that it can hold on in a crowded anime season. 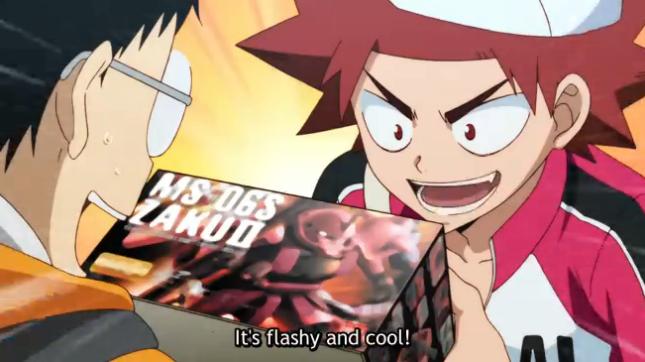 Zakus are an under appreciated model from the Gundam series.

I will say that there were things that I really liked about this episode. The technical stuff that we got from Naruko was pretty nice because I am an uber nerd that loves anime, sports, and fun facts. What else was nice about this episode? I would say that Naruko was fairly entertaining. I love the fact that he picked out Zakus without knowing anything about the Gundam series. If he wanted something red, then there were plenty of other options out there. I know that Zakus are a love ’em or hate ’em kind of model in the community and I am in the love ’em group along with my boy Duc. I am not thrilled with them all, but the Phantoms are pretty sweet. I really want that orange one with the dual shoulder shields. Enough about mechs, there are other important things to talk about here. Naruko started talking about how he needed to have red things like his clothes and his bike. How about his hair? Will they not acknowledge the fact that Naruko has red fucking hair? Why do they seem to forget about shit like that in anime? Oh well, that is a discussion for another day. 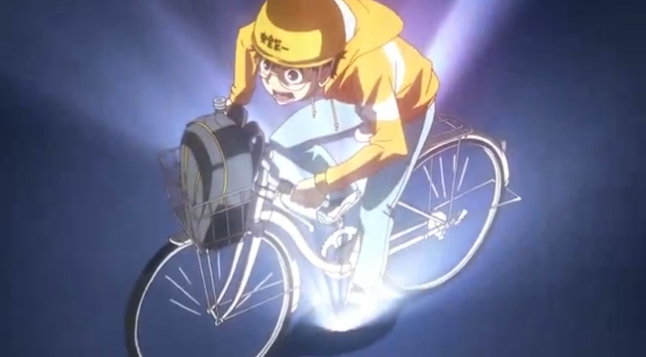 Onoda needs to keep that helmet.