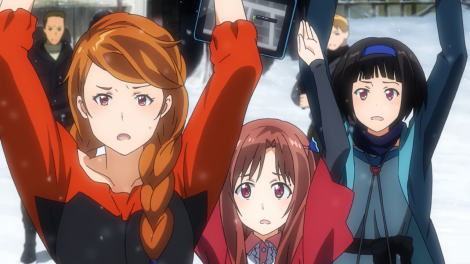 I really apologize for getting these impressions out so late. I don’t know why, but this series always seems to fly under my radar when it comes to things I’m supposed to be covering. Better late than never right? Well, that’s debatable and dependent on the quality with which I shall wield.

The quest to find Galileo’s treasure brings the goldfish operating girls to the Netherlands, which is experiencing tough times due to the shortage of power and fuel supply thanks to the recent corporate scandal. To get by, the townspeople have turned to banditry and attacking the corporate power plants out of necessity. The Robin Hood type characters always come out unscathed in anime, right? …right? 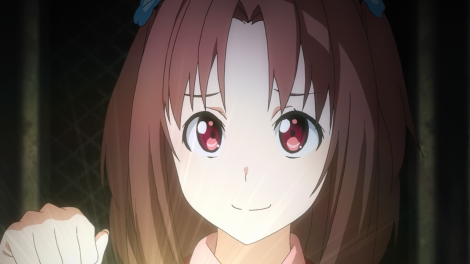 Well, not so here. The corporate guys discover their hideaway and immediately open fire on the entire town. The worst part is that the rest of the world is so dependent on their energy supply that they’ll forgive torching one small town for that peace of mind. Maybe I shouldn’t say that’s the worst part because the series pulls the dick move of introducing two cute characters, Theo and Karen.

They’re around the same age as Hozuki and perhaps the first friends she’s made in a long time. Theo is a genius inventor, in principle only. Though, he is able to construct a telescope for his childhood friend Karen, who isn’t as tech-savvy and requires a cane to walk around. Naturally, the series builds them up only to take them away. It was hard to watch Hozuki try to save them, only to have Grande Rosso take over the ship and tell her that there was only a .2% chance of success. I feel like Hozuki should have been allowed that chance because this is an anime after all. I think the odds would have tilted in her favor. 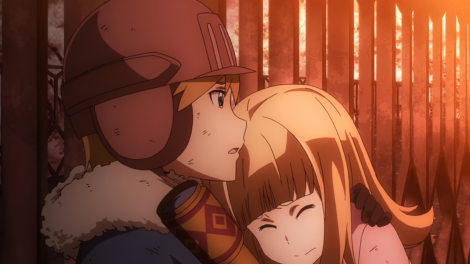 I really hate cliffhangers like this in general. Waiting a week softens whatever impact the outcome of this situation would have. And we’ve experienced one of these before already in this series. Will it have the same outcome? I’m not incredibly attached to Theo and Karen, but it’s such a shame to see two characters eliminated so casually.