The Eleventh Bone – “The Butterfly Vanished in November, Part 2”, The Twelfth Bone – “Under Sakurako-san’s Feet…”

Beneath the veneer of seemingly needless melodrama between high school girls, lies a struggle shared by characters that actually feel real. After all, adolescence, and even being in your early twenties as these girls are, is anything but a logical time in one’s life, and this is especially true for a country like Japan, where depression and suicide is tragically all too common of an occurrence. So as a Western viewer, it may be hard to empathize with with seemingly petty, emotional drama, but I can assure you that the socio-economic climate of Japan and its homogeneous culture make this a matter more real than one might initially think.

So while the premise and buildup of this arc grabbed, I can’t say the same about the resolution, or rather how Shoutarou and Sakurako are affected by the incident. I like the reveal behind the true nature of Futaba’s, and Shoutarou jumping in front of Sakurako to protect her is an act of heroism that we haven’t seen from him since the 2nd episode, but I don’t like how all of a sudden everything revolves around Hanabusa-sensei. I appreciate that events that we’ve seen play out are brought back and given significance and that he is the Moriarty to Sakurako-san’s Sherlock Holmes, but his status as the ultimate villain doesn’t feel entirely earned here. 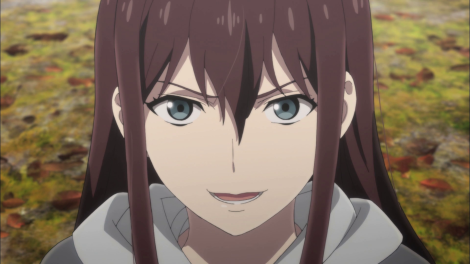 The final episode is largely a damper because it’s mainly a flashback to when Shoutarou first meets Sakurako-san. It’s great exposition and an event that I was honestly interested in learning about, but the payoff would have been greater, for me, if the entire thing didn’t feel tacked on to the end of the series. What I like so much about this series is how it builds off of events from the past, but here it decides to culminate the past 11 episodes into a flashback, which is a strange decision to me, honestly. Not only does this flashback feel extraneous, but the ending itself is open-ended to a fault. I have no problem with ambiguous or open endings, but to end a series by saying “let’s take down the bad guy (who we barely see ever)!”, it feels a little cheap and empty.

Clearly, I’m disappointed by the ending, mostly because it leaves itself open for a resolution we’ll likely never see in animated form. I hate to sound like I’m agreeing with those cynics out there, but this is certainly one time where it feels like the anime is a big advertisement for the source material. Still, I liked the majority of the series a ton. Sakurako-san is a great character and her interactions with Shoutarou are exciting and sometimes deep. I even grew to like the side characters with Yuriko and Isozaki-sensei, so despite the bad taste this ending leaves, I consider Sakurako-san one of the best series I’ve watched in 2015. 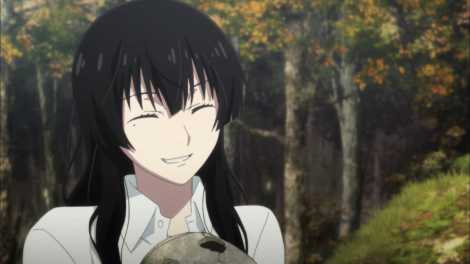