Religious figures always hold a lot of power in society. Regardless of how advanced we think that we are, superstition will exist. The natives of Central and Southern America believed that the Spanish invaders were gods because of their skin color and we shouldn’t act like visitors from space wouldn’t have a similar effect on certain people today. This episode basically shows us how far people will go for a religious figure.

This guy is more assertive than Red.

Well, Kugel is alive, but he has a disease that is keeping him trapped inside of his cockpit. Even with that disease, the guy has been able to completely overhaul the social structure of an entire fleet. The people of his fleet treated Kugel’s ability to destroy the whalesquid as a sign of divine power. This made them revere Kugel as a god and he used this opportunity to start an initiative to change the world. The guy plans on teaching everyone how to kill the whalesquid and implementing the Galactic Alliance way of life. No money, no luxury, just work to benefit humanity. Think of it as super communism. Red is very happy to see his superior officer, but this initiative is bothering the young man. Living on Gargantia has really started to have an effect on Red. What makes things even worse? Kugel plans to strike an offensive against Gargantia. I can’t imagine Red being alright with that. 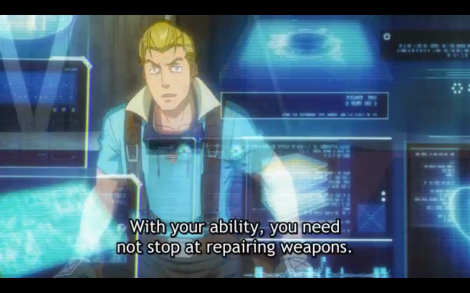 Pinion is a capable guy.

Pinion keeps getting into more trouble. Not only did his declaration bring multiple attackers to Flange’s fleet, but he agreed to give up said fleet to these extremists. They lured Pinion in by offering him a position as an engineering officer. Apparently, Striker believes that Pinion can develop new weapons with the proper knowledge. The guy was good enough to get those old weapons up and running, so I won’t really question that. The bad thing is the fact that Flange’s fleet has been stripped of its freedom. This was less of a docking and more of an unconditional surrender. Having machine calibers is a big aid when asserting your dominance. I guess we will get to see how Red handles this situation over the next two episodes. 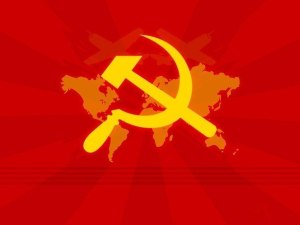 There are issues with all forms of government.

I am really enjoying these new developments. I was wondering how they were going to handle the inevitable decision that the main character must make between returning to his old way of life and the freedom that comes with his new lifestyle. It happens in every series like this and the thing about not being able to return to the Galactic Alliance had me worried that something odd was going to replace that. Luckily, they ended up giving us something pretty interesting. There is a plot hole regarding Kugel getting to Earth, but I guess they want us to assume that he tried to dock again and got flung to Earth like Red. Let’s not over think a series where humans evolve into squid that can survive in the vacuum of space. Oh yeah, Kugel knew about the evolution thing and didn’t care.

Here is what will make next week very interesting.

We all know that Red will not let Kugel and his followers attack Gargantia. The issue is how Red plans on stopping him. Chamber may not fight with Red if it is against his commanding officer because of the whole military hierarchy thing. The only way that you could go against that would be if you said that Chamber has emotions as well. An AI that is that advanced may as well develop a few emotions, but he sure isn’t acting like that is the case. I doubt that Red can simply negotiate with Kugel because that would be stupid. Honestly, everything that would make sense in a normal situation is made invalid by this series. I guess we are going to have to wait and see regarding this final altercation. Oh, and Lukkage is planning some shit. All I know is that I am way too excited to see Red and Amy together again. 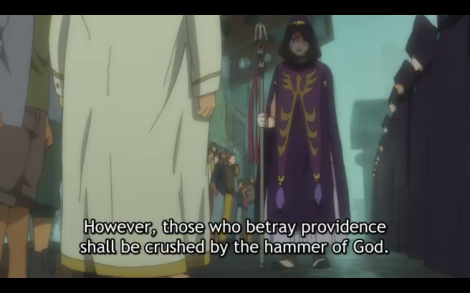 That is not freedom.