If for no other reason, see this film just to watch Michael Shannon go ape shit.

By now, I’m sure many of you have seen the reviews for Man of Steel, the latest Superman film, and a reboot of the Superman film franchise that intends to make a major departure from the inexplicably acclaimed Christopher Reeves  Superman film series. It’s become common practice to look on Rotten Tomatoes to hear reviewers that viewed the film before official release. The problem with reading those reviews is that movie critics are kind of gutless chumps. You’re either getting guys paid by their employers to write fluff pieces to support films the company has a stake in(conflict of interest?), or hack writers paid to follow where they think the crowd is headed(because no one wants to be the one person sounding stupid with a solitary peculiar opinion). Conformity is the virtue among most professional critics these days. 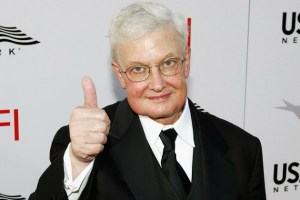 Roger Ebert, we miss you.

Man of Steel is plagued with mixed reviews, and though the movie has definite flaws, much of the criticisms are vague and overreaching, and seem to struggle to be in line with one another without being simple copy/pastes of each other. At the moment I’m writing this article, Rotten Tomatoes gives Man of Steel 56% from reviewers, 82% from audience. With this discrepancy, it’s necessary to attempt a balanced review to provide my (5) readers with a sincere review.

Now that I’ve justified this article’s existence, on to the movie! Man of Steel succeeds in being the most entertaining film in the franchise, and one of the most entertaining and emotionally impacting superhero films yet. Gone are the days of Christopher Reeves robot Superman, a “man” so stiff and awkward it becomes impossible to believe he grew up on Earth and was raised among us. Instead Henry Cavill uses the script to give us a very real, very human Superman(is that a contradiction?).

The cast is spot on and I wouldn’t want anyone else for any of the roles. Don’t listen to the masses that claim that Christopher Reeves and Margot Kidder are the be-all end-all. Those people are just living by the rules that state, “they’re the best because they’re classic. They’re classic because they’re old. Any challenging belief is wrong.” Henry Cavill is the first convincing Superman and Amy Adams is the strong-but-charming Lois Lane we always needed. The two of them charm the hell out of you the whole film, but also give you figures to respect.

As much credit as Adams deserves for her performance, I can’t help but say her looking like this helps

And let’s admit that the original Zod and his minions sucked. They were one dimensional caricature villains. Why did they want to kill Superman? Why, of all planets, did they want Earth? In Man of Steel, this is addressed, and we get a Zod with real motivation. Michael Shannon gives us a Zod that is driven purely by his self-ascribed mission to save and protect his species. His villainy stems from his ability to commit any atrocity to accomplish his goals. Zod is a mad tyrant, and Shannon plays it with ferocity. To give you an appreciation of Michael Shannon without resorting to showing you pirated footage from Man of Steel, please watch his narration of a sorority letter, and imagine him bringing this level of insanity to Zod.

Then we have to turn to Russel Crowe’s Jor-El. This is a character that has never before been so fleshed out. The writers created a rich history of Superman’s father in the time leading to the fall of Krypton. Jor-El remains relevant throughout the film, and Crowe manages to make his presence strong despite a relatively dry performance.

One of the biggest strengths of the film is the fight scenes, and I have nothing but praise for the effects used in the fighting. It’s more than the CG we associate with modern special effects. It’s in the conception. Every punch carries deep bass, and you feel the power of every blow both through the camera movement, and the impeccable sound design. When Superman flies, you see a destructive force  crush the ground beneath him as he launches himself into the sky(see Newton’s Third Law of motion). Critics complained that the movie relied too much on effects, but what the hell did we go to see a Superman film for if not to watch a man fly and punch that which we once believed was unpunchable? After how boring Superman Returns was, director Zack Snyder knew he needed to give us the action, and damn did he and producer Christopher Nolan deliver.

On the negative end of this review, I need to address the sloppiness with which this film was assembled. We get to see the fall of Krypton, which while impressive, unique, and entertaining, is far too long considering it’s not incredibly necessary to the plot. Zor-El’s struggles on his dying planet and his interactions with Zod almost become a separate film with a separate sci-fi-like approach in counter to the fantasy/adventure we get with Superman on Earth.

As the film finally moves on to focusing on Superman, we get a more personal look at Superman’s beginnings as Clark Kent. As great as it is following Superman through his childhood and into his first steps as a super hero, Snyder attempts to keep the audience engaged through shuffling back and forth in time. We follow pre-Superman Clark Kent as he goes from job to job, looking for his place in the world. These scenes are great, but tossed together with scenes of a young Clark struggling with his emerging powers and identity, it all gets muddled. Soon, we begin to lose track of the plot, and instead of following a progression, we end up wandering aimlessly in Clark’s life.

It’s seems that the only real fault of this movie is in editing. Every scene in his origin is satisfying, but a little too drawn out. The same holds for the fight scenes. Every second of every fight is glorious, but soon you start to wonder where it’s going as all the punching seems to restrict the plot from moving forward. With all of these editing issues, my complaints can all be summed up in one: the story gets lost in it’s own attempt at being epic.

If I challenged you to watch this film from beginning to end then recount the main events of the plot, in order, you’d have a tough time. I don’t think I can do it myself. Now look at another super hero origin film, Batman Begins. It may have been years since you’ve seen this film, but contemplate the story, and you’ll find you can recount nearly every progression of the plot from beginning to end. That’s what makes a great film, editing it together so that you get a clean film that sticks in the audience’s memory. Man of Steel falls short of this, and so a good film falls just short of being great.

With that said, I’d recommend the hell out of this film to anyone. Forget about the 56% Tomatometer that would deceive you into believing this film is miss-able. Man of Steel is awesome, and as long as your demands and expectations aren’t sky high, you’ll leave the theater satisfied. Man of Steel is actually a perfect theater film, as all of the visuals and sound design must be experienced on a theater screen with theater speakers. Unless your home entertainment system is millionaire-quality, you’ll miss out not catching this film in theaters. 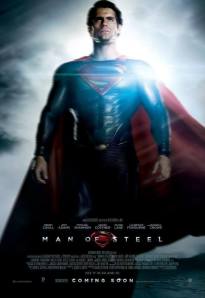 See you at the movies.

2 responses to “Review – Man of Steel”