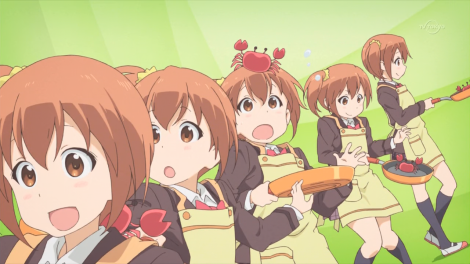 As the Spring 2013 anime season draws to close, lets reminisce about some of the great opening (and a few ending) songs and sequences we’ve had thus far. I love how the music is done in the style of Daigasso! Band Brothers, a great rhythm game that was released for the DS but only in Japan.

While I’m disappointed that my favorite opening from this season, Karneval’s “Hen’ai no Rondo,” wasn’t featured, I’m glad that the video’s creator had good enough taste to save Aiura’s OP for last.