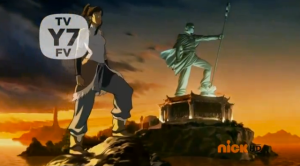 I know that the series was starting to get better, but I did not expect this level of improvement. Am I only saying this as a fan of the first series that got to see a few blasts from the past? No, but I can’t say that I didn’t enjoy seeing the library and Iroh. I will say that this episode would have been good regardless of the references and it is definitely going to lead to better stuff in the future. 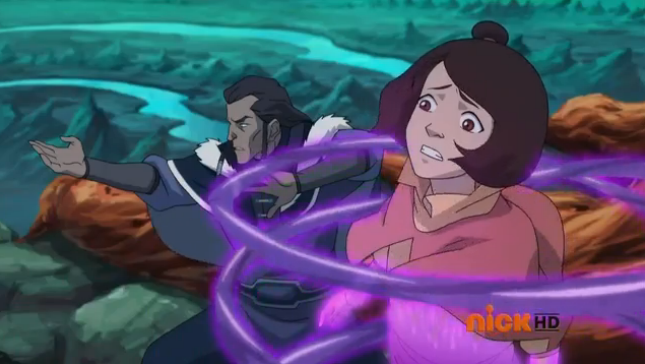 That is just evil.

The adventure in the spirit world has begun and things are not going well. Dark spirits continue to terrorize Korra and Jinora as they have trouble getting to the spirit portals. Entering the spirit world at the air temple made things a little difficult. The two get separated and Korra transforms into her younger self. She was scared and alone as she comforted a dragonbird. Luckily, help showed up in the form of Iroh. Yes, Iroh from the original series entered the spirit world instead of simply dying. He has been living with the spirits and making tea in Wan’s teapot. He set Korra on the proper path, but he did not go with her. Some journeys must be made alone. Once Korra got to the spirit portals, she found Jinora. She had been captured by Unalaq after he found her at Wan Shi Tong’s library. Unulaq threatened to destroy her soul if Korra didn’t open the other portal. She did and Korra left the spirit world without Jinora. That little girl is still stuck in the spirit world and Korra is going to have to fight Vatu. Things never go well when you are the avatar. 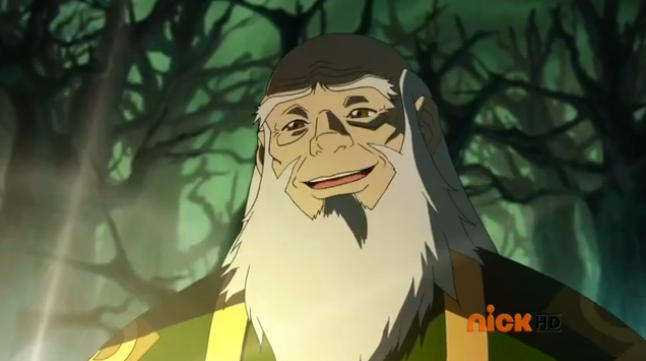 Iroh is definitely a fan favorite.

I definitely enjoyed this episode. We will get to the regular stuff soon because the nostalgia attack deserves first dibs. Honestly, giving us Wan Shi Tong’s library and Iroh in the same episode really pulled in a wide variety of fans. You have the most abundant group of fans which would be the fans of the first series that need a reason to not dislike this series. What we have gotten recently isn’t bad, but the series as a whole is not up to par. You have the fans of the second series that appreciate the good writing that came along with the two references. They weren’t thrown out there for the sole purpose of referencing the first series. Then you have the fans of the first series that are only watching this one for first series references. I think that you have better things to do with your life if that is your only reason for watching Legend of Korra, but it did pay off this time. Iroh living on in the spirit world is a fantastic concept. He was always very close to the spirits and the peace that they boast in the avatar era. I think that the new voice actor did a good job, but it did remind me that the original one died. I am sad now. 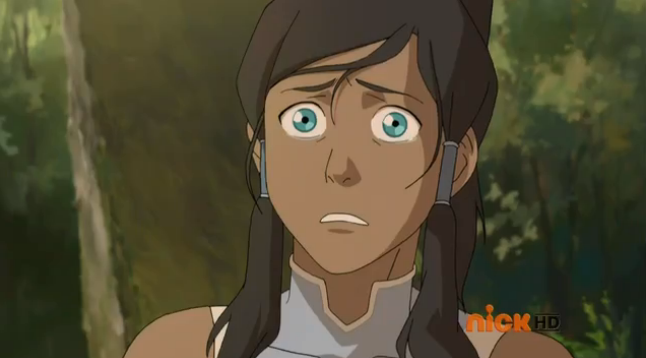 There is some real emotion in that face.

Let’s talk about what actually matters here. Jinora is trapped in the spirit world with a bunch of dark spirits, Unulaq, and the harmonic convergence on its way. How will the gang get themselves out of this one? I would say that Team Avatar 2.0 needs to get Zuko’s support and jump into the South Pole, but I am pretty sure that such a thing can’t happen at this point in time. Varrick has essentially bought Bolin and Asami while Mako is in jail thanks to an even darker strategy. I don’t think that Korra has the time to convince Zuko to take up arms in a war that is not his to fight, so it must be time to see more from Aagn’s second generation. Things will go differently because I am always wrong, but I see Korra, Tenzin, Kaya, and Bumi heading to the South Pole on a stealth mission to enter the spirit portal. Once they get in, the four will fight Unulaq and Vatu during the harmonic convergence and save Jinora. Iroh may or may not help. That would be nice, but I do miss the rest of Team Avatar 2.0 and I must see old Zuko.