Getting sick of idol anime? Well, I personally quite like them but I’m kind of…odd. The iDOLM@STER is one of my favorite series, while Love Live was enjoyable but kind of fell short of my expectations. Wake Up, Girls! is quite literally the new idol anime series on the block, focusing on the startup aspect a little more than the other two. Sure, Love Live had a group of school idols and 765Pro also started off broke, but WUG has more of a ragtag feel to it. And that’s the whole point. 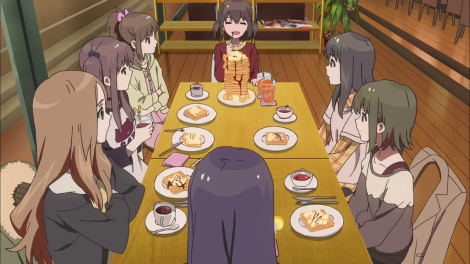 All of the backstory is explained in the hour movie that was premiered along side the anime. The events of the movie take place before the entire series, so watching it is more or less a must. It’s the first time that I know of that a double release like this has happened, so the producers must have had some sort of confidence that the series would be worth the extra effort.

Based in Sendai, AKA the middle of nowhere, one small talent agency turns to idols as their next cash cow. The hook of WUG is its realistic approach to the idol story. There’s no technicolor hair or outrageous character traits. All of the girls you see here are based off of real girls who were scouted for the roles, very similar to what happens in the anime. In a way, you can say that the series itself is an adaptation of their individual success stories. I mean, the characters and seiyuu share the same first names. 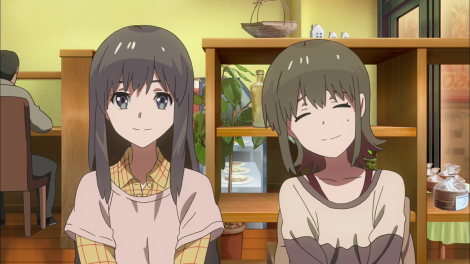 As such, WUG feels more like a documentary or biographical fiction rather than a traditional anime series, and I kind of like that. We get a different side of what its like to be an idol, and that side happens to be the true side of the industry. From the heartless, yet true comments the boss makes about seeing idols as dancing sources of income to the group name being derived from a love hotel, there’s nothing dream-like about this venture for these girls.

Yet against all of this crap, the girls still push to be idols and that’s pretty cool. I love how we get to see bit into their lives and who supports them, like their grandparents or their customers at a maid cafe. Also, if they ever hit it big, we must remember that their first fan and believer was a perverted otaku (but what else is new?). Sure, because of the added realism the personalities and names of the girls get a bit lost. But is that a bad thing? It forces the viewers to actually put in effort to get to know the characters, but that’s probably too much to ask from some people.

Similar to Girls und Panzer, the main function of WUG is to bring attention to an area of Japan in need. For WUG it’s the Tohoku region, the part of Japan devastated by the 2011 tsunami. Watch Wake Up, Girls! if you like idol anime, otherwise it’s hard to recommend to a casual viewer.