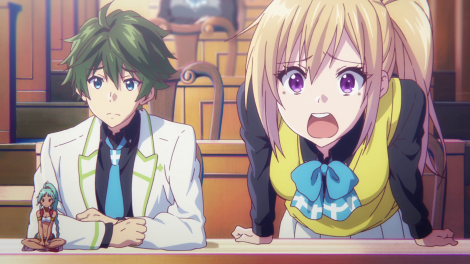 Since I’ve missed out on covering great KyoAni titles like Kyoukai no Kanata and Amagi Brilliant Park (the latter being one of my favorite series of all time), I figured I owed it to myself to cover the studio’s latest series: Musaigen no Phantom World. The last KyoAni series that I covered Hibike! Euphonium, showed me just how amazing the studio could make anime look, and evident from the opening moments of Phantom World, the studio continues to push the graphical envelope. Honestly, it’s hard not to wish all anime looked this good, from the fluid animations, expressive faces, and mastery over the color palette, but KyoAni once again proves that it’s in a league of its own when it comes to visuals.

But how’s the story? Arguably the most important aspect when it comes to watching anime, I’ll honestly say that the “plot” is not for everyone, in which I put quotes around the word “plot” to denote a double entendre. Phantom World does not shy away from fanservice, and the gratuitous amount of it will certainly put many viewers off. Perverse as it is, the breast animations are absolutely impressive, displaying KyoAni’s animation ability at its top form. 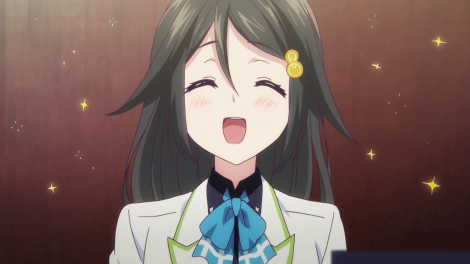 If you’re leery due to the grotesque interpretation of the female body, I encourage you to look at everything else the series has to offer, namely it’s story so far. If I were to compare it with similar series and posit an early analysis, I’d say that Phantom World is an amalgamation between Charlotte and another KyoAni work, Kyoukai no Kanata. Like Charlotte, characters in Phantom World possess supernatural powers, but unlike the former, a legitimate reason is given early on, granting the world a certain concreteness upon which an interesting story may be built.

As much as I like Kyoukai no Kanata, I’d say its weakness is that it doesn’t explore its world as much as it could have in the one season. In Phantom World, everyone can see phantoms and everyone is impacted by them, which makes the world feel much more involved and one in which anything could happen, and that excites me. Mai Kawakami is best girl because of side ponytail and incredible athleticism. 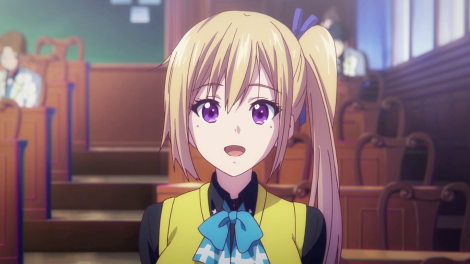