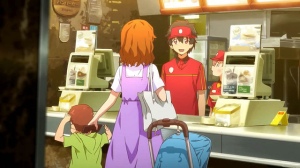 Do you remember that story that comes up every once in a while? Well, it is back. If you are looking for the comedy that we have gotten used to, then you are going to have to wait. I think it is worth it, but that mat not be a popular opinion. Oh well, time for some plot progression. 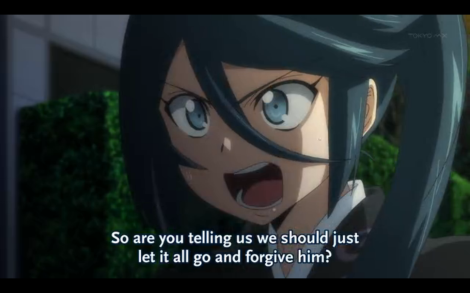 Maou is the head of a demon army.

It has been pretty clear for a while now that Emi is not all in on the demon lord slaying. However, that is an opinion that is not shared by any of the humans on Ente Isla. We got to find out about Suzuno’s life and her drive to take out Maou. Suzuno is a member of the inquisition and a pretty prolific one at that. She is in charge of murdering “heretics” that have been designated by the church. Apparently, the church isn’t the only corrupt group out there. The army doesn’t feel like helping them out and their internal struggle is what led to many unnecessary casualties in the war with the demons. Suzuno has been a killer for the majority of her life and she is used to the lines between good and evil being blurred. The thing of note here is the fact that Maou’s past has been brought up again. Regardless of the fact that Maou is currently a good guy, a lot of people died because of his armies. Chiho states that Suzuno never spoke directly to Maou, but the king is in charge of his troops. Suzuno has decided that killing Maou is the only option, but Emi thinks that she can create a harmonious world. 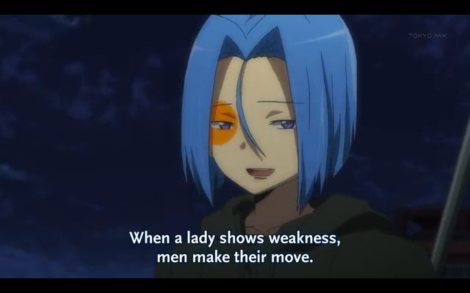 Well, I never considered this.

The SFC manager is not only an angel, but he is the masked guy that attacked Emi. It seems that he is trying to take away the holy power that Emi received from being a half-angel. Suzuno has chosen his side and Emi is in a bad spot. Chiho is with her, Ashiya is in the hospital, Orba is out of his coma, and Maou does not have access to his full demon powers. Things are honestly not looking very good for our main man. The preview shows off a pretty big battle. I assume that it will be Mitsuki and Suzuno against Maou for the majority of the fight. Emi will wake up, Orba will talk to Urushihara, and Suzuno will question her mission once again. That is less of a prediction and more of an obvious situation in the next episode. The comedy was not strong this week. 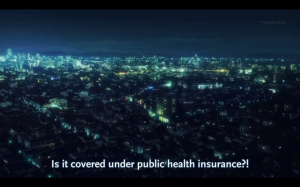 That is a big issue.

I love the fact that they are going back to the actual story. I am really enjoying it and I missed the action. I can actually see a major even coming up that could give us a little something before the end of the season. Maou will have to face the consequences of his decisions. Having said that, I do think it was odd that they didn’t really bring any of their good comedy to the table. The story didn’t monopolize the arc with Lucifer and Orba. This could be a little off-putting for people who are watching this series strictly as a comedy for quite a while. I say that because I see next week’s episode being very story heavy as well. 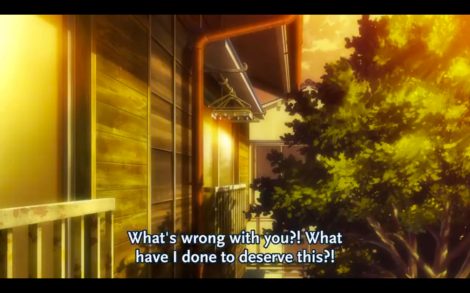 You did try to kill Maou, Emi, and Ashiya.

The comedy that we did get wasn’t up to par in my opinion. They bullied Urushihara, but I don’t find that to be laugh inducing. We also got more sick Ashiya. I think that gag lost its luster pretty quickly. It is pretty obvious that Ashiya will recover for the fight because he is in the same hospital as Orba. The general can’t let his king fight alone. We only have two episodes left and that is a little unsettling. Not just because I think the story can’t end in two episodes, but because I am going to miss the series. I always look forward to Thursday because I get to watch this and Kakumeiki Valvrave. It is a good day for anime. I am looking forward to seeing the big fight happen, but I need more comedy in my week. 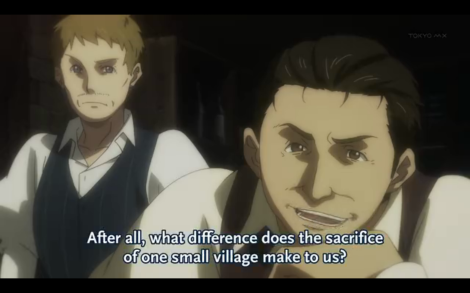 There is corruption everywhere.