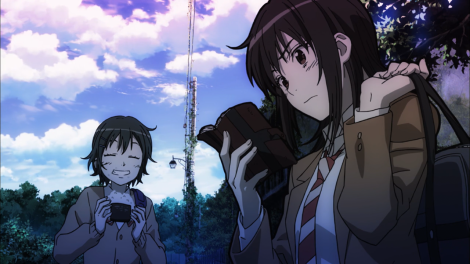 Wow, okay. So I wasn’t expecting so much stuff to be thrown at us so quickly. The pacing in the last few episodes was nuts to begin with and now that overarching plot material is being exposed, it’s fairly difficult (for me at least) to make sense of everything. I’m much better at analyzing personal, character interactions rather than larger-scale conflicts like with the 1st Division. Personally, I would have preferred a comedic yet heartfelt flashback at their time in school, but I think I’m the only person who feels that way.The preview from last week was such a tease.

Though, I think most people are happy with a substantial boost to the plot. The introduction of this 1st Division faction adds tension and intrigue. Before, it was just a bunch of faceless people attacking Coppelion. Now, it’s a bunch of masked people attacking the girls as they attempt to save as many people as possible. To make things even more interesting, just mentioning the name “1st Division” seems to cause unease amongst the higher-ups who are tucked away safely in New Tokyo. 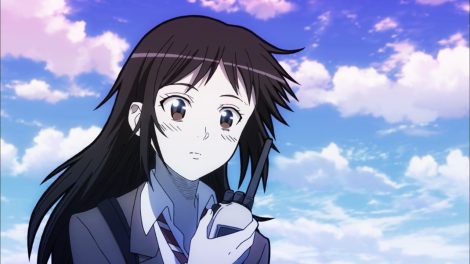 This episode, Coppelion rescues a married couple who also have had previous contact with Professor Shiba, kind of showing how far he was able to reach during his time in old Tokyo. Can I say how awesome Ibara is with his sharpshooting skills? She can shoot land mines! The couple, along with two other men, live in a building they affectionately (and maybe ironically) “The Planet.” Despite having everything they need to survive, they compare it to living in a prison cell.

They say that they get all of their power from water generators, but I feel like there’s a bit more to it than that. They show the girls a secret room located within the building, revealing a gorgeous and vibrant indoor garden. Apparently, it was part of a project that was started before the nuclear accident, and it ironically outlived the entire city of Tokyo. 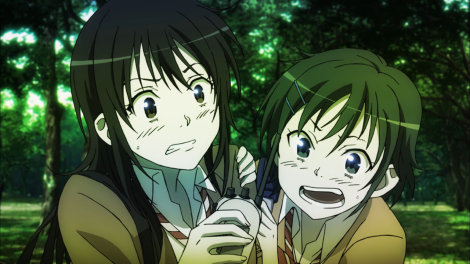 Next episode, it seems we’ll be introduced to that hot guy that we’ve been seeing in the opening. For some reason, I get the feeling that I’m not going to like him, In general, I never seem to like the overconfident, cool guy characters in anime, but maybe this time it’ll be different. Also, could Aoi be any cuter?